The game's credibility, after all, cannot be compromised over a few careers.

The Supreme Court has not disclosed the entire Mudgal report on Indian Premier League (IPL) 2013 spot-fixing case public. There have been a few arguments against making it public as it may damage a few careers. That argument is unacceptable as the game’s credibility cannot compromised for a few careers, writes Nishad Pai Vaidya.

When will the Supreme Court let the cat out of bag on Thursday? The IPL 2013 spot-fixing case seems to be heading towards an intriguing climax. Though the Apex Court has adjourned the hearing thrice this week, some of the statements made by it make it clear that they have taken a stand to cleanse the game of cricket in this country. N Srinivasan has borne the Supreme Court’s ire. The judges also stated that they will only be willing to make the whole Mudgal report public at “the appropriate juncture.”

So far, the Supreme Court has only revealed four out of the 13 names in the Mudgal report — all non-sportsmen. The quartet includes, Rajasthan Royals owner Raj Kundra, Gurunath Meiyappan, Chennai Super Kings (CSK) official Sundar Raman, IPL COO, and most significantly, and The Board of Control for Cricket in India (BCCI) President in exile N Srinivasan. Supreme Court has refrained from naming the cricketers. However, calls to make the report public have only grown stronger. The petitioners have asked the court to consider making it public.

The major argument doing the rounds against the revelation of the names is that it may damage the players’ careers. On many counts, it is an unacceptable claim. If the players named are guilty, then they have to be punished. They cannot be allowed be at large and to continue playing. It would send a wrong message. The message it will send out is that one could get away with such indiscretions. It will soon be forgotten under some manipulated garb.

To weed out corruption, it is imperative that one punishes the guilty. If there is no reprimand for a wrongdoing, how does one expect to curb it? However, if the guilty are reprimanded, then the others are deterred from indulging in such acts. There may be a few bad apples, and you cannot allow them to thrive for the future of the game. The way these apples can be weeded out or even deterred is with stern action.

Of course, the court will determine whether or not the players named are guilty. Those found not guilty may suffer for the time being. Their careers may stall till the time they are cleared with the Supreme Court looking into the matter. It would be a traumatic time for them and their families, but once their innocence is established, Indian cricket can move on and more importantly they can move on. However, arguing that making the report public may affect those who many not be guilty is unacceptable. At that price, you cannot let the guilty thrive and slip into obscurity.

Indian cricket’s fate and its credibility lies in the hands of two judges in the Supreme Court. The fan places their trust and hope in their hands. It is best to let them decide when to make the report public. From the outside, one may not know when the “appropriate time” is. The parties go one way or the other. Only the two jurists have the best idea. 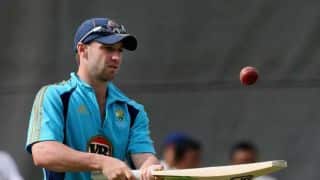