BCCI has invited the top board members of major cricketing countries of the world.

Chennai Super Kings (CSK) and Mumbai Indians (MI) are all set to battle it out for the Indian Premier League (IPL) 2015 crown in Kolkata. But off the field, there will be another very important battle at Eden Gardens and this will be a diplomatic one. Sandipan Banerjee explains in details. MI vs CSK, IPL 2015 Final at Eden Gardens, Preview

The caravan of IPL 2015 has finally moved to the city from where it began: Kolkata. The iconic Eden Gardens will play host of the ultimate clash of IPL 8, the mega finale. Though the home team Kolkata Knight Riders (KKR) couldn’t make it to this stage this time around, a jam-packed Eden crowd are expecting Chennai Super Kings (CSK) and Mumbai Indians (MI) to put up good show. Scorecard: Mumbai Indians vs Chennai Super Kings, IPL 2015 Final

There will be an intense battle on the field; there will be glitz and glamour at the stands. But away from all the limelight, inside the VVIP box of Eden Gardens, another battle will take place — the cold diplomatic war involving N Srinivasan in International Cricket Council (ICC). Mumbai Indians vs Chennai Super Kings, IPL 2015 Final: Key Clashes

The Board of Control for Cricket in India (BCCI) has invited all the top and influential board members of major cricketing countries of the world. In this elite list of guests, there are names like Cricket Australia (CA) Chairman Wally Edwards, former ICC president Mustafa Kamal, CEO of Cricket South Africa (CSA) Haroon Lorgat, representatives from England and Wales Cricket Board (ECB) and Sri Lanka Cricket (SLC), and more.

From BCCI, President Jagmohan Dalmia, Secretary Anurag Thakur (currently the face of BCCI) and IPL Chairman Rajiv Shukla will the present, among others. So, on Sunday, Kolkata is hosting the powerhouse of World Cricket and the only agenda: how to sideline Srinivasan from ICC.

BCCI is currently headed by Dalmia, who, though not exactly from the anti-Srinivasan camp, has got the support of the camp in the previous Annual General Meeting (AGM). Dalmia is in his 70s; health-related issues have kept him away from the ‘power-politics’ of BCCI. On his behalf, Thakur has been handling it; it is more or less evident to the cricketing fraternity, at present, Thakur is leading the anti- Srinivasan camp.

This is the main reason why people like Kamal (who had openly protested against Srinivasan’s monopoly in cricket’s governing body), Lorgat (whose loyalty to Sharad Pawar and IS Bindra, old enemies of Srinivasan is known to all) — are invited in by BCCI to attend the IPL final.

As the final will take place, these cricket administrators will discuss their future approach. Srinivasan is already cornered in ICC. If everything goes according to BCCI’s plan, he will soon be removed with support of other boards. CSK may beat Mumbai to become IPL champion once again, but there are high chances in near future that their owner Srinivasan will lose in field of power politics. 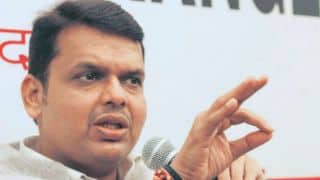