The Indian Premier League (IPL) 2016 auction on Saturday in Bengaluru saw as many as 351 cricketers going under the hammer.

The Indian Premier League (IPL) 2016 auction on Saturday in Bengaluru saw as many as 351 cricketers going under the hammer. Shane Watson, whose career looked uncertain towards the end of 2015 roared back into prominence as he ended the IPL 9 auction as the costliest cricketer, with Royal Challengers Bangalore (RCB) shelling out as many as Rs 9.5 crores for the Australian all-rounder. Yuvraj Singh and Kevin Pietersen continued to be among the favourite players among the IPL franchises, with Sunrisers Hyderabad (SRH) bagging Yuvraj for Rs 7 crores and Rising Pune Supergiants (RPS) taking Pietersen for Rs 3.50 crores during the IPL 2016 auction. IPL 2016 Auction Live Updates & Blog: Shane Watson costliest player in IPL 9 auction; teams finalised

The teams did not hesitate in shelling out money for the players they wanted. Pawan Negi, who has been selected for the Asia Cup 2016 and ICC World T20 2016, was picked by Delhi Daredevils (DD) for Rs 8.5 crores. Negi is yet to play an international match but Delhi had kept Rs 10 crores aside for the all-rounder. COMPLETE COVERAGE IPL 2016 AUCTION: LIVE BLOG & UPDATES OF IPL 9 AUCTION

If Negi was the leading cricketer with a high price, there were unknown entities in KP Kamath, Krunal Pandya and Ashwin Murugan, bagging more than what was anticipated. Kamath got Rs 1.40 crores from Mumbai Indians (MI); Pandya got Rs 2 crores from the same side and Murugan got a whopping Rs 4.5 crores. Delhi Daredevils in IPL 2016 Auction Live Updates: Full list of players bought by DD for IPL 9

There were many other interesting buys by the IPL teams in the IPL 2016 auction, and the reasons may not only be monetary.  Let us take a look at the top 10 purchases by IPL 9 teams in IPL 2016 Auction:

Colin Munro: The New Zealander was taken by former champions Kolkata Knight Riders (KKR) for a dirt-cheap price of Rs 30 lakhs, which was his base price. Munro has established himself in the New Zealand side as a batting all-rounder; he was also expected to go for a higher price than what he actually got. It was indeed a smart purchase by KKR. He recently scored the joint-fastest fifty in T20 cricket and has been in form ever since. Kolkata Knight Riders in IPL 2016 Auction Live Updates: Full list of players bought by KKR for IPL 9

Irfan Pathan: While there were unknown entities that went for heavy prices, experienced all-rounder Irfan was bagged by RPS at his base price of Rs 1 crore. Irfan has been on the rise and by adding a player of his stature, RPS have added more firepower as well as experience in the camp.

Mahipal Lomror: The star of the India Under-19 team that went into the semi-final of ICC Under-19 Cricket World Cup 2016 on Saturday was not picked in the first round. But Lomror, who has been on the top of his performance in the ongoing World Cup, was a good purchase for DD. Lomror was taken at his base price of Rs 10 lakhs, which was easy on Delhi’s pocket.

Ishan Kishan: The India Under-19 captain has been making all right moves. His good work in Bangladesh in the ongoingICC Under-19 Cricket World Cup 2016 yielded good result for him. Kishan was taken by the second new team of IPL, the Gujarat Lions (GL), for a price of Rs 35 lakhs. India Under-19s have performed really well under him, and the wicketkeeper-batsman adds quality as well as variation in the Lions’ side.

Rishabh Pant: It is impossible to ignore a young Indian batsman who has smashed the fastest half-century in Under-19 Cricket World Cup history. Pant is an aggressive left-handed batsman, and by adding him to the side, DD have brought in some more firepower. He is similar to Shreyas Iyer, who too has been making moves. DD shelled out Rs 1.90 crores for Pant, but they have provided the young lad an excellent opportunity to take his career ahead. Rising Pune Supergiants in IPL 2016 Auction Live Updates: Full list of players bought by Rising Pune Supergiants for IPL 9

Mitchell Marsh: Australia’s No. 1 all-rounder getting a chance is a boon for a team that has been struggling in Twenty20 format. Marsh was picked up by RPS for Rs 4.80 crores, which is a good deal. Marsh has been a critical part of Australia’s Tests and limited-overs sides, and his addition gives RPS another all-round option besides Irfan and Thisara Perera.

Shane Watson: Not because of the money Royal Challengers Bangalore (RCB) spent, but the fact that they managed to add a player like Watson is a big achievement in itself. With Watson coming in to partner Chris Gayle, RCB’s opening woes can take a backseat as they can now take a sigh of relief. Watson is on a desperate spree to revive his career and has been in terrific form. He is also capable of taking wickets on a regular basis.

Andrew Tye: There are not many doubts that Big Bash League (BBL) is turning into one of the most followed tournaments, and Tye, one of the top performers this seasons, gets his due. Tye will be turning for GL, who managed to get the bowling all-rounder for a price of Rs 50 lakhs. To get a top performer of another T20 league at such cheap price is certainly one of the top 10 buys.

Jos Buttler: Buttler has been one of England’s best batsmen in limited-overs cricket, and the fact that he fetched more than the coveted Kevin Pietersen speaks about his achievements of late. He has been an explosive batsman and skillful wicketkeeper, and by adding him to their squad for Rs 3.80 crores, MI have made a very good move.

Carlos Brathwaite: West Indians did not get big this time around, but Brathwaite managed to flick Rs 4.20 crores from DD’s purse. He is an aggressive batsman and has been making all right moves in the recent past. DD have been notorious for their logic-defying selections, but the addition of Brathwaite proves that there are some thoughts being put in the process. 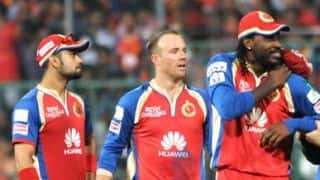