The 2016 auction of Indian Premier League (IPL) surely bought many surprises with some big players going unsold and few unknown players getting big amounts in their pocket.

The 2016 auction of Indian Premier League (IPL) surely bought many surprises with some big players going unsold and few unknown players getting big amounts in their pocket. With two new teams in this year’s edition of IPL, the auction became more interesting. As expected, both the new teams; i.e. Gujarat Lions (GL) and Rising Pune Supergiants (RPS) bought maximum numbers of players with 19 and 18 cricketers. The least numbers of players were bought by Kolkata Knight Riders and Mumbai Indians with 7 cricketers by each team. As the auction ends and the teams gear up for the ninth edition of the cash rich T20 league, Abhishek Kumar brings you top 10 surprises.

1. Martin Guptill: This is inarguably the biggest surprise of this year’s IPL auction when no team bid for this big man from New Zealand. Guptill has been in very good from in limited-overs format this year. Till now he has played five Twenty20 International (T20I) in which he scored 252 runs at an average of 63. After looking at those numbers, one can surely be surprised with him being not picked by any team.

2.  Pawan Negi: The 23-year-old all-rounder from Delhi hasn’t even played any international match but got his pocket filled with huge amount. It was recently announced that Negi is now the part of India’s T20I side for three upcoming series, which big tournaments like Asia Cup and ICC World T20 2016. It seems like his hype of getting selected in the national side bought him at INR 8.50 crores by Delhi Daredevils (DD). No doubt that Negi is a good all-rounder in domestic circuit, but to get such huge amount without having any international experience is truly bizarre.

3.  Eklavya Dwivedi and Ankit Singh Rajpoot: Many would have not even heard the names of these two players but still they got Rs 1 crore and Rs 1.5 crore by Gujarat Lions and Kolkata Knight Riders (KKR). Eklavya is a wicketkeeper-batsman from Uttar Pradesh (UP) and has pretty decent record in T20 format. In 34 matches he averages 40.26 at a strike rate of 130.10 but still, such high bid for a player without any international experience is not fathomable. Same goes with Ankit as well, who is another player from UP is a decent right arm medium fast bowler. Ankit has been bought by KKR and this is not the first time they have bid an unknown face by paying big amount. Last year, KKR picked KC Cariappa for a whopping Rs 2.4 crore but couldn’t anything special out of it. This year, KKR have set another example of bizarre bidding and gave a blink of surprise to all the viewers.

4.  Manoj Tiwary and Pragyan Ojha: How come not a single team bid for these two international players, who have represented Indian team in the recent past and have been always in the bench. Both Tiwary and Ojha played a crucial role in winning the title for their respective teams. Ojha has been a very successful spinner in IPL, while Tiwary was the person who hit the winning runs in IPL 2012 for KKR. At some point, it is still acceptable to not buy a big player who is not very much favourable to the subcontinent conditions but these two have always performed and won several matches for their teams. Any team would have got big benefit by picking these two, but since IPL is full surprises, so this is just another example.

5.  Darren Sammy and George Bailey: Both are known for their hard hitting strokes and their ever smiling faces. It would be really sad for a certain amount of fans that are not going to see these two cool cricketers. Sammy is currently the captain the West Indies T20 side and has won the World Cup title under his captaincy in 2012. On the other hand, Bailey was once the captain of Australian side is considered to be one big player when it comes to limited-overs format of the game. This is truly a big disappointment for fans as both these big guns will not be seen in this edition of IPL.

6.  Cheteshwar Pujara and Jaydev Shah: Earlier, Pujara was always in question when it comes to T20 format but prior to the auction, he performed very well in the domestic T20 tournament. In his six matches in Syed Mushtaq Ali Trophy, Pujara scored 232 runs at 46.40 with a strike rate of 117.76. But all his effort got completely ignore in today’s auction and then came a surprise selection. Jaydev Shah from Rajkot was bought by Gujarat team for Rs 20 lakhs, which is quite surprising as he has done nothing big in the domestic tournament so far.. It would have been better if Pujara would have been picked who is well know face in the international cricket.

7.  Krunal Pandya: This was certainly the most bizarre bid of the auction. He was bought for Rs 2 crores by Mumbai Indians and he is yet to play a First-Class match! This is probably the influence of his brother Hardik, who recently performed for India’s T20I side in Australia Down Under. It seems quite funny when we see the amount both these brothers get in IPL. Hardik gets only Rs 10 lakhs and on the other side, his younger brother Krunal will get Rs 2 crores from now onwards, who has actually done nothing big to impress.

8.  Murugan Ashwin: This player from Tamil Nadu is the highest gainer of this year’s IPL auction. With a base price of 10 lakhs, this man was bought by Rising Pune Supergiants for Rs 4.5 crore. Did they forgot that he is not R Ashwin, and even if they forgot, what about the other franchises who made this bid possible to reach at Rs 4.5 crore. He has played only six domestic T20 matches which is not a big amount of experience to get such huge bid.

9.  Carlos Braithwaite: The 27-year-old cricketer from West Indies is a good hitter of the ball but his consistency has always been in the question. He averages only 14.61 with the bat, which is very poor for a player who gets a bid of Rs 4.2 crore in IPL. This was another bizarre bid by DD, who has a knack of doing it quite frequently in the auctions.

10.  Karun Nair and Sanju Samson: No doubt that both are very promising young talents but in last one year, they have not been consistent neither they have given any special performance which attracts the bidders. But still they got over Rs 4 crores and both were bought by DD. They are seriously becoming one those franchises is known for bizarre bidding. 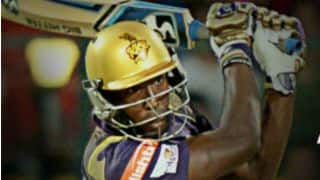 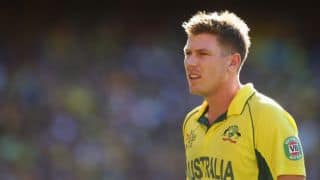