Sunrisers Hyderabad won their maiden IPL title but a couple of players from the team made it to the list.

The ninth edition of the Indian Premier League (IPL) has finally come to an end with Sunrisers Hyderabad (SRH) winning their maiden title at the cost of Royal Challengers Bangalore (RCB) in the final. But there were many like Virat Kohli, David Warner and Bhuvneshwar Kumar, who did extremely well and played a major role in their franchises success. But there were a few, who did not live up to their expectations. As a result of their poor show, their teams could not reach their full potential in this edition of the IPL. Let us take a look at IPL 2016’s Flop XI. READ: RCB vs SRH, IPL 2016 Final: Highlights

Top-order: A lot was expected of young Shreyas Iyer going into the tournament. He had a record-breaking Ranji Trophy 2015-16 season for Mumbai and was also the top-scorer for Delhi Daredevils in the earlier season. But he managed to get just 30 runs from his five innings in the tournament. Whenever Shreyas played, DD lost an early wicket for sure. Partnering at the top will be Mumbai Indians (MI) wicket-keeper Parthiv Patel. Barring that 81 he scored against Kings XI Punjab (KXIP), Parthiv had a relatively tough outing. He managed just 177 runs from 10 innings at 17.7. He however caused a total of 10 dismissals before he was replaced by Jos Butler behind the wickets.

SRH may have won the title, but Kane Williamson was surely not one of their main performers. His batting position was often juggled with and sometimes came into bat way too late. He never got the opening slot as Warner and Shikhar Dhawan had occupied it. SRH often went in with Moises Henriques at No. 3. Williamson, as a result, was pushed lower and lower down the order and as a result could never build an innings, something he has done so efficiently for New Zealand.

Middle-order: With a string of injuries in the Rising Pune Supergiants (RPS) camp, George Bailey was called as one of the replacements in the squad. Given his experience, Bailey would have been expected to rescue RPS from tricky situations, but failed to do so. Bailey will however be the No. 4 batsman in this team as he managed just 84 runs in 5 innings at a below par strike rate of 85.71. Bailey will be followed by David Miller, who perhaps had one of his worst IPL seasons. Miller managed just 161 runs in 13 innings and had a nightmare tournament. KXIP were going through a string of losses under his leadership, but as soon as that responsibility was shifted to Murali Vijay, KXIP finally managed to win a few matches, but it was too late. They eventually finished at the bottom of the IPL 2016 points table.

At No. 6, we have the most expensive Indian purchase in the IPL 2016 auction, Pawan Negi. Known to be a hard-hitter of the ball, Pawan Negi ended with a strike-rate of 96.61 thereby not being able to accelerate at important junctures. He failed miserably with the ball as well, picking up just 1 wicket in 8 matches. The Indian selectors have shown a lot of trust in Hardik Pandya over the last 4-5 months and did a good job for the Indian team in the last few tournaments. With a reputation of being a big hitter, with a knack of picking up crucial wickets, Hardik failed in both roles for MI, scoring just 44 from 9 innings and picked up just three wickets from 11 matches at 9.18.

James Faulkner was able to provide some impetus with the bat low down the order in a couple of matches for Gujarat Lions (GL) but failed miserably with the ball. He scored 77 runs in 5 innings at a strike rate of over 130, but picked up just a couple of wickets, giving away runs close to 10 an over.

Bowlers:  Mitchell Johnson played just 3 matches and picked up 2 wickets  at an expensive economy rate of 9.63. He will spearhead this team. Leg spinner Karn Sharma failed to pick up a single wicket in the tournament in the five matches he played and had an economy rate of 10.46. Left-arm spinner Bipul Sharma was preferred ahead of Karn in the latter stages of the tournament as a result. Mohammed Shami has not played international cricket for over a year and he did not look at his best in the IPL either. He picked up five wickets in eight matches but leaked runs left,right and centre. His strike rate and average was not impressive either.Kohli has always backed Varun Aaon, but Aaron once again turned out to be expensive. In his 8 matches he has picked up just a couple of wickets at economy of 9.59. Hope he comes back a better bowler in the next season. 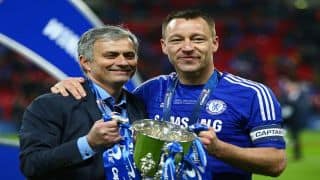 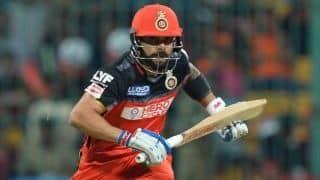