Khawaja and Martin Guptill were the shocking unsold players in the auction and now both have entered IPL 9 as replacements.

With comebacks in the One-Day Internationals (ODIs) and Tests, and debut in Twenty20 Internationals (T20Is), the year 2016 is being marked as a special one in Usman Khawaja s career. The Pakistan-born cricketer made his debut for Australia in the yellow jersey back in 2013; unfortunately, after three appearances, he was forgotten for the next three years. After an excellent run in Big Bash League for Sydney Thunders, Khawaja was given his T20I cap during India s tour of Australia 2015-16. He played in the final T20I at Sydney before playing the ICC World T20 2016. Khawaja s inclusion in the Indian Premier League (IPL) 2016 will only be the cherry on the cake for the Australian. FULL CRICKET SCORECARD: Rising Pune Supergiants (RPS) vs Gujarat Lions (GL), IPL 2016, MATCH 25

MS Dhoni-led Rising Pune Supergiants (RPS) began their IPL 2016 campaign with flying colours, thrashing defending champions Mumbai Indians (MI) in the tournament opener on April 9. However, that was followed by an unimpressive run by a side that was filled with enormous talent in the likes of Steven Smith, Faf du Plessis, Kevin Pietersen, Ajinkya Rahane, Mitchell Marsh, Ravichandran Ashwin and others. Dhoni had never lost 4 IPL matches in a trot until this season. The situation went from bad to worse when Pune faced a massive blow with Pietersen and du Plessis being ruled out with injuries.

Just when RPS made a comeback, the side seemed to have still performed well without Pietersen, they suddenly found themselves on backfoot. more so after du Plessis suffered a broken finger and was ruled out of the rest of the tournament. Dhoni was cheeky when he said Pietersen s injury happened to be a blessing in disguise for them. The reason behind that statement is still not understood; however, roping in Khawaja who will open the innings with Rahane, is surely an excellent move for Pune that will fulfil their right-hand-left-hand combination requirement. Khawaja was easily one of the most elegant openers in World T20 last month.

After going unsold in the IPL 2016 auction in February, Khawaja has an incredible chance to prove it to the franchises what they have missed by ignoring his enormous talent. Omissions of Khawaja and Martin Guptill during the auctions were shocking. However, both have now entered IPL 9 as replacements. READ: Usman Khawaja roped in by Rising Pune Supergiants as Faf du Plessis’ replacement in IPL 2016

Stephen Fleming suggested that Khawaja is perfect for the T20 format. Khawaja demonstrated that in the World T20, when he managed to take Australia to a flier in every single occasion he came out to bat. It is not wrong to assume the vast confidence in him can also be credited to his success in the longest format of the game. Khawaja has 4 centuries in the last 10 innings, marking an exceptional return in the whites.

Khawaja ended as Big Bash League 2015-16 s second-highest run-scorer and Australia s leading run-scorer in the ICC World T20 2016. Khawaja and Glenn Maxwell were the only Australians to cross the 100-run mark in the World T20. Khawaja was chosen ahead of ICC World No. 2 T20I batsman Aaron Finch in the initial World T20 matches. In order to use the left-right combination on the top, left-handed Khawaja was paired with Shane Watson, and the duo was successful in giving the required starts in most of the matches. As a result, the explosive David Warner was pushed down the order and this move showed the immense support Cricket Australia had showed in Khawaja.

With 8 games to go for RPS in this ninth edition of IPL, it is more or less mandatory to win all these fixtures in order to make it to the final four. RPS will have to show the similar belief in Khawaja as Australia did and they did taste success to an extent. With the likes of Smith and Thisara Perera having sealed their position in the playing XI, there are two spots left in the foreign player category. Ahead of an all-important contest against Gujarat Lions (GL), it will be essential for RPS to have someone like Khawaja on the top-order to counter Gujarat s attack. Meanwhile, the Australian will leave no stone unturned to make use of this blessed opportunity to make his mark even on the Indian soil. 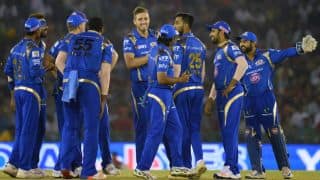 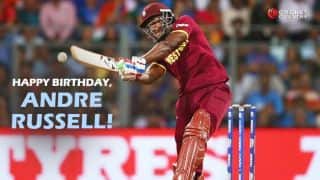