IPL 2017 Auction: All you need to know about auctions for IPL 10

IPL 2017 Auction: All you need to know about auctions for IPL 10

The auction for the 10th edition of the Indian Premier League (IPL) will be held in Bengaluru on Monday, February 20.

The auction for the 10th edition of the Indian Premier League (IPL) will be held in Bengaluru on Monday, February 20. IPL 2017 will be played from April 5 to May 21, 2017, and both the first game as well as the final will be played at the Rajiv Gandhi International Stadium in Uppal, Hyderabad, as per norms. The first match will be played between defending champion and the local side Sunrisers Hyderabad (SRH) and runners-up Royal Challengers Bangalore (RCB) on April 5. IPL 2017 will witness the return of Indore s Holkar Stadium as one of the venues for the first time since 2011. Kings XI Punjab (KXIP) will play three of their matches at Indore. IPL 2017 Auction: KXIP to focus on quality bowlers for IPL 10

IPL 2017 will continue to have 8 teams battling for the coveted title, as the final of the tournament will be played on May 21. The first round of the IPL will be from April 5 to May 14, with each team playing 14 matches, twice against every opposition. Each team will play 7 matches at home and 7 away, which will provide them an equal opportunity to showcase their firepower. However, the home-away fundamental has not necessarily been in the highlight as much as it was when two banned franchises Chennai Super Kings (CSK) and Rajasthan Royals (RR) were active in the league. Both CSK and RR enjoyed playing in their respective fortresses at the MA Chidambaram Stadium and the Sawai Mansingh Stadium in Jaipur.

However, with the inclusion of the two new teams in Gujarat Lions (GL) and Rising Pune Supergiants (RPS) last season, IPL has witnessed a wide variety of the players being scattered all around. Former Rajasthan captain Shane Watson is with RCB, while Steven Smith plays for the MS Dhoni-captained RPS. IPL 2017: Kolkata Knight Riders need to do smart-shopping at IPL 10 auction

As many as 351 players will go under the hammer during the IPL 2017 auction, which includes 122 uncapped cricketers from around the world.

Imran Tahir, who has recently climbed to the top spot in the ICC Rankings for bowlers in ODIs and T20Is, has been released by Delhi Daredevils. He will be in IPL 10 auction at the base price of INR 50 lakhs.

IPL 2017 auction will also witness the presence of a few cricketers from the war-torn Afghanistan. The likes of Asghar Stanikzai, Mohammad Nabi, Mohammad Shahzad and Rashid Khan are expected to be among hot properties in the IPL auction. IPL 2017: Gujarat Lions promises another strong show despite Dale Steyn s exit ahead of IPL 10

The spotlight will be also on Ben Stokes, who was recently named vice-captain of the England Test side. Stokes is touted as the greatest attraction among all cricketers who will be available for auction. Joe Root, England s new Test captain, has not put himself up the IPL 10 auction.

Also among the attractions in the IPL 2017 auction will be Eoin Morgan, released by SRH ahead of IPL 10, and his teammates Jason Roy, Alex Hales, Tymal Mills and Chris Woakes. Kagiso Rabada is in the IPL 2017 auction as well, at the base price of INR 1 crore. Rabada has been instrumental in several South African wins, and has impressive T20I numbers to back his claim. Marlon Samuels, who played a crucial role in the final and took the Caribbean side to the title win in the ICC World T20 2016, is in the IPL 10 auction at Rs 10 lakhs.

Delhi batsman Mohit Ahlawat, who created a record of sorts when he smashed a 72-ball 300 in a T20 match, will also be a topic of great interest among the bidders as well as the general public. It will not be surprising to see franchise owners bidding frenetically over the cricketer. IPL 2017: Delhi Daredevils indicate they judge players by performances, not price tags

There will be no bidding on Kevin Pietersen in the IPL 2017 auction as he has taken his name off the list. KP wants to take a break from cricket to spend time with his young family. On the other hand, Dale Steyn has ruled himself out of the IPL 10 auction. Having suffered a shoulder injury, Steyn is currently on a comeback trail. Mayank Agarwal will be turning up for RPS.

Mohammad Kaif has joined Gujarat Lions as assistant coach. On the other hand, Mithun Manhas and J Arun Kumar ( JAK ) have also been roped in as assistant coaches by KXIP, for whom Virender Sehwag will be working as Head of Cricket Operations and Strategy.

KKR have appointed Lakshmipathy Balaji as bowling coach. The appointment comes after Wasim Akram had informed about his unavailability for this season. On the other hand, Mahela Jayawardene will be the head coach of Mumbai Indians (MI).

According to ESPNCricinfo, England and South Africa are likely to pull out their players in batches as the teams will be engaging in a bilateral series in the middle of May. Also, resting players will also be the key for the teams ahead of the Champions Trophy, which begins on June 1. 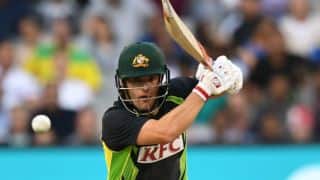