RPS are not just in IPL for business objectives. The result-oriented side had the courage to sack Dhoni from captaincy and appoint Smith in his place and then came the tug-of-war to claim Stokes.

When they entered Indian Premier League (IPL) for the first time last season, Rising Pune Supergiants (RPS) were considered a fill-up for either Chennai Super Kings (CSK) or Rajasthan Royals (RR). Only their second season into the IPL, they managed to achieve things other established sides have not. They continued to make news before as well as after today s auction at Bengaluru.

When they had bagged MS Dhoni for INR 12.50 crores in 2015-16, RPS had ensured that they would be the only other side apart from CSK that would be captained by India s most successful skipper. RPS campaign last year ended with a last-ball Dhoni six that ensured they finished at the second-last spot. For the first time in IPL history had a team led by Dhoni finished failed to make it to the top four.

RPS are not just in IPL for business objectives. The result-oriented side had the courage to sack Dhoni from captaincy and appoint Steven Smith in his place. Who would do that to the most successful captain of India and IPL, that too at the stroke of the IPL auction?

The following day the big auction day, they grabbed the headlines by pocketing Ben Stokes for a whopping INR 14.50 crores. They went on to beat other prolific bidders in Mumbai Indians (MI), Royal Challengers Bangalore (RCB), Delhi Daredevils (DD) and even Sunrisers Hyderabad (SRH).

Stokes has now fetched most money by a foreign player in IPL history. Can you believe if you are told that there will be a player in the same side as Dhoni who earns more than him?

RPS had released 11 players from the side. Today they bought another 11. Think of it. They spent INR 17.2 crores, of which over 84 per cent went in acquiring Stokes. They should be able to secure Stokes full service considering the fact that England s ODI series against South Africa starts from May 24, three days after the IPL final.

RPS have tried to adjust all the areas where they felt their weaknesses lied. Owner Sanjiv Goenka was not happy with the leadership and put Smith at helm. Though they emptied their pocket on Stokes, they also picked up a few Indian cricketers, some of whom are smart buys.

However, there is an aura around Stokes, currently English Test vice-captain. It is an accepted that that on his day, Stokes can win a game either with bat or ball. RPS, who had a tough time with their all-rounders last season, will hope Stokes will go on to have more of the good days.

RPS had lost Mitchell Marsh to an injury early on. Dhoni had not shown enough confidence in Irfan Pathan last season. His overconfidence in Thisara Perera backfired more often than not, while Albie Morkel was sparsely used. Irfan, Thisara and Morkel were released.

Stokes will be the RPS s primary all-rounder followed by Marsh. They also purchased Dan Christian for INR 1 crore, their second-most expensive buy of the day. A medium-pacer and a hard-hitting batsman, Christian had a good season with ball for Hobart Hurricanes in the BBL 2016-17. He even claimed a five-for against Adelaide Strikers.

Looking at the chart below, we can figure out how much RPS have focused on all-rounders.

Among the new recruits, Milind Tandon, Rahul Tripathi and Saurabh Kumar are all-rounders as well. Not to forget, Rajat Bhatia will continue to be key to their success with his tight medium-pace and lower-order batting.

Pace bowling was another department where RPS had lacked the zing last year despite Ashok Dinda s consistency. Ishant Sharma and RP Singh had been dismal, and have been released alongside Scott Boland.

Most of the all-rounders are medium-pacers. To add to the arsenal, RPS have now picked Jaydev Unadkat, who can be a handy back-up for someone like Dinda or Ishwar Pandey.

In Lockie Ferguson they have added extra pace in their armoury. The man from New Zealand can consistently hit the 150 kph and has a sharp bouncer.

Their strength, however, lies in their spin attack. While Ravichandran Ashwin leads the attack, Adam Zampa had been brilliant last season too. They have added Under-19 leg-spinner Rahul Chahar as well, and will get more-than-decent left-arm spinners in Ankit Sharma and the newly recruited Saurabh.

Dhoni sans captaincy can be expected to move up the order and go berserk. Virat Kohli has put Dhoni s abilities to great use in Indian colours. Smith will like to do the same with Dhoni in the IPL.

In foreign stars like Smith, Faf du Plessis and Usman Khawaja, RPS have steady men with the willow. However, one aspect that had let them down last season was a dearth of domestic batting talent. Saurabh Tiwary was dismal and the side made a good buy, replacing him with the experienced Manoj Tiwary a move that I predicted, and not because of some Tiwary-for-Tiwary scheme.

Manoj and Dinda are both from Bengal, and are both closely associated with the Sanjiv Goenka Group. They were an unofficial part of the think-tank when the franchise came to existence in 2015-16. Manoj recently led East Zone to the Syed Mushtaq Ali Trophy Zonal win and was in good touch himself. A good pick for INR 50 lakhs, his show will be key to RPS s success since the tournament is more about Indian players and only four foreigners can play here.

Mayank Agarwal is another fine domestic talent, but his strength is mostly at the top of the order. A lot of onus will again lie on the Maharashtrian lad of the side Ajinkya Rahane. He will be expected to open and make a statement to the Indian selectors in bid for a slot in the Champions Trophy 2017 in England.

Barring Ashwin, there is no big name in the bowling department. Sunrisers Hyderabad s (SRH) key to triumph last season was their bowling. That is one area Pune would have wanted to strengthen. However, history of IPL does throw light on the fact that sides with best domestic talents have been more successful.

RPS have a good mix for sure, but the concern is lack of quality domestic batsmen in the middle-order and perhaps too much of inexperience in the new faces is another worry for the camp that finished seventh last season. Emptying the purse on Stokes hampered their chance to fill up slots left open by the exits of Kevin Pietersen, George Bailey and Peter Handscomb.

Really excited to be joining up with @punesupergiants in the @iplt20 this year,always looks a amazing competition and can’t wait for the experience #risingpunesupergiants

Earlier this season, Michael Vaughan opined that he was concerned of the workload on Stokes as he plays all three formats and is expected to shine in all three departments. How Stokes handles the immense pressure and proves out to be MVP will be the key as well.

How the Indian fans will react to Dhoni being led by Smith will probably be the last thing in the management s mind. Professionalism demands the ability to move on, but sentiments can be different in India. Smith will be under immense pressure when he will lead a side that will comprise of Dhoni, a man who has never taken field as a non-captain in the past nine editions, and has been the most successful IPL captain.

Smith was under the pump after his failures as Australian captain in the World T20 last year, in Sri Lanka and South Africa, and at home against South Africa. The upcoming India tour is bound to be taxing as well. Though he is a tough nut, IPL will be a different kettle of fish.

How he binds the side of domestic stalwarts and the hoards of unknowns will mark RPS season this year. Thankfully, there are not many superstars in the side, which means he would not have to handle egos. 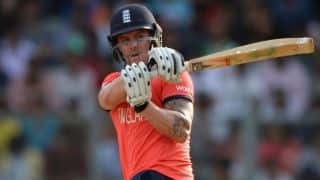 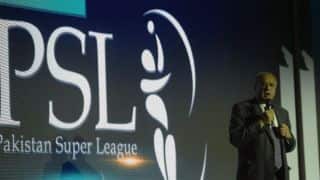