Ever since the IPL has started the rates of players have raised drastically over the years. Here is a list of most expensive players over the IPL editions.

From not sending a team to the tournament to stunning the world by winning the inaugural T20I World Cup 2007 as they had played only a T20I before. However, the victory gave a way to the monetised and glamorous version of the game, named Indian Premier League (IPL). It was in 2008 when the first edition of the game was played and a system of auction was introduced for buying players to form a team.

Ever since the IPL has started, cricket has not remained same. It was time for cricketers to enter the million-dollar clubs and mind you, it was just by playing the game. Ahead of the IPL 2018 auction, here is a list of most expensive players over the IPL editions.

MS Dhoni led India to that World T20 triumph. The team did not have many big names. Dhoni was already India’s limited-overs captain and it was matter of time before he was expected to take over the reins from Anil Kumble in Tests. His leadership skills were already being hailed.

It was sure that he would grab eyeballs during the auction but little did he know that he would be valued the most. He was bought for US$ 1.5 million (approximately INR 6 crores then) by the Chennai Super Kings (CSK).

Dhoni led the side to the first final of IPL as they lost to Rajasthan Royals. Chennai Super Kings ended 3rd in the points table with 16 points after Royals and Kings XI Punjab.

Kevin Pietersen was bought by Royal Challengers Bangalore (RCB), whereas Andrew Flintoff was bought by Chennai Super Kings for the same price, that is US $1.55. The English cricketers were at their prime but it was unfortunate that both the players were not available for a major part of the tournament.

The tournament was played in South Africa. CSK lost to RCB in the semi-final, whereas RCB lost to Deccan Chargers by six runs in the final.

West Indies reached semi-finals in the 2009 T20I World Cup as they lost to Sri Lanka. Kieron Pollar being an all-rounder and big hitter attracted the selectors and was sold for US $750,000 to the Mumbai Indians (MI). Shane Bond on the other hand was purchased at an equal price by KKR.

MI went to the finals first time but ended up as runners up after losing to CSK. Pollard (14) was the second highest wicket taker for MI after Harbhajan Singh (17). Sachin Tendulkar was awarded player of the series with most runs (618). Whereas, Kolkata who ended up last in the 2009 edition jumped to No. 6 position in 2010.

Gutam Gambhir became the most expensive Indian player in the IPL. Gambhir being an regular and consistent opener for India grabbed attraction during the 2011 IPL auction where Kolkata Knight Riders (KKR) purchased him for US $2.4 million.

Gambhir captained the KKR side and took them to their first eliminator, as they lost against Mumbai Indians. Gambhir led KKR to two titles, in 2012 and 2014.

Ravindra Jadeja was the most expensive player in 2012 purchased by CSK for US$ 2 million. Jadeja was the prime attraction being an all-rounder and an excellent fielder. He became a permanent member of CSK ever since until the team was banned for two years.

Jadeja did not perform well in the season. CSK finished runners-up in the edition, losing to KKR in the final.

Glenn Maxwell grabbed eyeballs for his hard hitting ability, bowling skills and for his sharp fielding. He was purchased by Mumbai Indians for an amount of US $1.MI already had Pollard as an medium pace bowling all-rounder so a need for spin bowling all-rounder was empty.

RCB stunned the cricket fraternity by nabbing Yuvraj for $2.33 million, which was approximately INR 14 crores. It had been just over a year since he returned to international cricket after fighting cancer. Yuvraj did not disappoint. He was the second highest run-getter for RCB with 376 runs at an average of 34, including three fifties. Yuvraj was third in the lo]ist of most sixes with 28 sixes in 14 games behind Glenn Maxwell (36) and Dwaye Smith(34).

Yuvraj was released by RCB but they made an attempt to buy him back at the auction. After a long fight at the auction, they gave up to Delhi Daredevil’s quest. He was purchased by DD for a whopping US $2.67 million (almost INR 16 crore).

However his addition to the team did not make much of a difference as DD ended up second last winning only five matches. Yuvraj had a disappointing outing.

RCB team has always been about big names. In 2016 edition they purchased Shane Watson for INR 9.5 crores. Watson again being an all-rounder grabbed eyeballs. However he did not perform very well with the bat as he scored 179 runs in 16 matches but did well with the ball as he ended up as third most wicket taker by picking 20 wickets.

RCB were runners-up in the edition losing to SRH in the finals.

IPL was celebrating its 10 years in 2017 as Ben Stokes broke all records being the costliest overseas player ever at INR 14.5 crores. It was Rising Pune Supergiant (RPS), who shelled out that kind of amount. All-rounders have always attracted selectors and Stokes proved to be a perfect candidate in 2017.

Stokes proved his worth and ended as the Most Valuable Player in the tournament, slamming 316 runs and taking 12 wickets from 12 games. RPS ended as runners up in IPL as they lost to MI in a thrilling final. Stokes had to return to England for national duties and did not play the playoffs.

Back in the auction, don’t be surprised if Stokes manages to enter this list again. 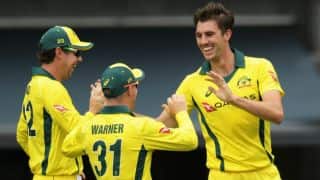