It is not just the big names who could create ripples in the auctions, there are certain players who can act as the perfect trump-cards for any of the IPL franchises.

Money, money, money / Must be funny / In the rich man’s world ABBA.

These lyrics are all I can think of whenever IPL auctions are nearing. Yes, it s that time of the year when money in humongous amounts will be shelled out from the pockets of the franchises to select the best of the best in their team. All franchises have retained some players already. However, the franchises will be in for a fix when they will have to choose the remaining players from a pool of 1,122. Of these, 282 are overseas cricketers. It is not just the big names who can create ripples in the auctions; as we have seen, there are some who can be perfect trump cards for each franchise.

Let us have a look at some of the players who can create bidding war at the 2018 auctions:

To begin with, Munro is the only cricketer with 3 T20 International hundreds, the third of which was timely enough to make him one of the highest-bidded could well be the highest bid player this year. This is not Munro s first IPL. He has played for Kolkata Knight Riders (KKR) where he failed to create an impression, averaging just 10 with bat from 4 matches. After achieving stupendous success over the past 12 months and averaging over 34.34 with strike rate of 158, it will be disheartening to see Munro go unsold.

Short has been playing for Western Australia since 2011, but rose to spotlight only during the ongoing BBL. Hobart Hurricanes received a short boost as he registered the highest score in BBL history 122*, against Brisbane Heat. Short s 504 runs (at the time of writing this) is also the most for anyone in a single season in BBL history. He has earned a call-up in the Australian T20I squad: how much will he be acquired for in this IPL auctions?

Short s Hurricanes teammate Archer is making rounds in the Australia T20 circuit. Barbados-born Archer s fiery left-arm pace and yorkers has troubled the opposition on several occasions. He is second in the list of leading wicket-takers in the ongoing BBL holding 15 wickets at 17.33, is an electric fielder, and has a batting strike rate of 148. Archer also plays for Sussex and in the last summer (he wants to play for England, not West Indies), and scalped 61 wickets at 25.29. Archer is just raising the standards ahead of the auctions and can enhance any of the franchises bowling armoury.

The leading run-scorer of 2017 in T20Is check, most sixes in T20Is in year 2017 check. Presenting Evin Lewis, the Trinidadian. Picking Lewis in the squad means a franchise has got it all right. The power-house scored the highest T20I innings in 2017 of 62-ball 125, leaving India dazed. Also, Lewis made the most of the opportunity in BPL taking Dhaka Dynamites to the final of the tournament. He ended the tournament with 396 runs from 12 games at a strike rate of 159.03. If Chris Gayle feels Lewis has something special in him to surpass the Universe Boss , then this Trinidadian could do wonders for an IPL team.

Tye has been a revelation when it comes to death bowling. He started his spree of hat-tricks in BBL 2016-17 and followed it in IPL for Gujarat Lions. He then went on to claim one in the ongoing BBL as well. The third one came against Sydney Sixers, making him the second bowler to take T20 three hat-tricks in a calendar year, after Amit Mishra. Tye is currently the leading wicket-taker in BBL holding 16 wickets from 6 matches at 12.

The new kid on the block, Ngidi destroyed India with 6 for 39 at Centurion. Before rattling India, however, he created a buzz while playing T20Is for South Africa. From 3 matches he has scalped 6 wickets at 7.33. He made his T20 debut in 2015, for Northerns. He was identified as a T20 prospect when he finished as the joint second-highest wicket-taker in the 2015 Africa Cup. In 2016 he was named the Africa T20 Cup Player of the Year and was selected by Titans. He was the catalyst in their winning campaign in 2015-16. Do not be surprised if CSK pick him and are seen dancing on lungi dance.

Woakes was one of KKR’s smart picks in IPL 2017. He ended as their leading wicket-taker with 17 wickets from 13 matches. He ended 2017 with a T20 average of 19.78. Woakes can also be a handy support with the bat in lower order, as he has proved in the ODI series against Australia.

Do not go by his weight, he could punch it well above with his willow. He has been in excellent form, not just in T20s but also in T10s. Stirling was the third highest run-getter in the tournament with 181 runs from 5 matches at 90.50 and a strike rate of 197. Before that, he was also the Player of the Series against Afghanistan in the three-match ODI that Ireland won 2-1. He scored 181 runs at 62.67 with a hundred and a strike rate of 91. Stirling can surely stir up an innings for any IPL franchises.

Dickwella was named Sri Lanka s Schoolboy Cricketer of the Year in 2012 for scoring 1,000 runs in the 2011 school competition. He has also led Trinity College to the national championship, and has only gone from strength to strength. In 2017 he has scored 233 runs at 25.88 with a strike rate of 141: remember, he also keeps wickets.

Mujeeb s claim to fame was the five-wicket haul against Pakistan Under-19 in the final. Prior to that, he had taken a 6-wicket haul against Nepal in the semi-final. He went on to finish that tournament with 20 wickets to his name. Mujeeb, the first player born in the 21st century to play international cricket, has 5 T20I wickets at 26.80 and an economy of 7.24. He also had a decent BPL for Comilla Victorians. Can he be the big Afghan pick this year?

Had it not been for his anti-doping case, Shahzad would have been picked in IPL 2017, just like Rashid Khan and Mohammad Nabi. Now that he is free of all charges, the time is perfect for franchises to grab hold of him. Shahzad has won several games in T20 World Cup qualifiers, and has played a pivotal role in their T20 success. A savage hitter, Shahzad has 1,779 T20I runs at 32.34 and strike rate of 137. He also opens batting and keeps wickets. 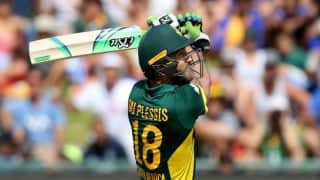 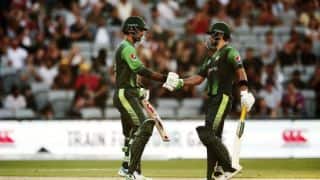