Rajasthan Royals finished fourth in IPL 2018, losing out in eliminator 1 against KKR.

Rajasthan Royals’ (RR) Indian Premier League (IPL) campaign got off the wrong foot. Captain Steven Smith was barred from taking part in the competition by BCCI following the ball tampering scandal. Ajinkya Rahane was given the reins, with Shane Warne returning as team mentor. Once again RR banked on young talent to lead them to a title, just like in 2008, under Warne. Despite individual brilliances of Sanju Samson, Jos Buttler and Jofra Archer, Rahane’s men could not overcome on-field battles. Media attention over expensive acquisitions like Jaydev Unadkat and Ben Stokes did not help their cause (they were purchased for combined value of INR 24 crores). Let us dwell into some of key factor that contributed to RR s bumpy ride in IPL 2018.

Non-performing unit: Much was quizzed about RR s batting unit without Smith. Rahane s T20 capabilities have always been under fire. With only Buttler and Stokes as proven stars, the likes of D Arcy Short, Rahul Tripathi and Heinrich Klaasen needed to come to the forefront. Short (115) and Klaasen (57) were disappointing to say the least.

Money does not always matter: Cases in point areis Stokes and Unadkat. IPL 2017 was a turnaround year for both, who catapulted Rising Pune Supergiant to the final. Unadkat also had a good domestic season, but he turned out to be a blank in most games in IPL 2018, going for plenty. Stokes, coming off a ban by ECB, did very less to justify his price tag. Unadkat bagged 11 wickets at 44.18, while Stokes scored 196 runs and picked 8 wickets.

Ajinkya Rahane s rigidness with the bat: Rahane has always been criticised for being too slow to move on. He can drop anchor and shield players but cannot score at a brisk pace. RR suffered costly losses due to Rahane s slowness, especially against Sunrisers Hyderabad. Rahane (370) was the third highest-scorer for RR.

Highlights of the season

Sanju Samson: RR s trust in Samson was fruitful. He smacked opponents all across the park, scoring 441 runs with 3 fifties and a hundred, and looks good to put his name in the India s ODI and T20I hat.

Jos Buttler: Discarded by MI, Buttler proved his credentials as a limited-overs specialist. He scored 5 consecutive fifties (becoming the second in IPL history to do so) to keep RR s journey on track. He displayed brute strength and also delicate hands in front of the stumps to end up scoring 548 runs this season.

Krishnappa Gowtham: Gowtham came in with reputation of being a big hitter. While Gowtham the batsman was probably underutilised by RR, his bowling surprised everyone. His knock against Mumbai Indians displayed his strength with the bat. He scored 126 runs and picked 11 wickets. 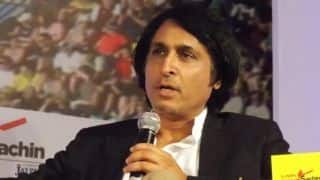 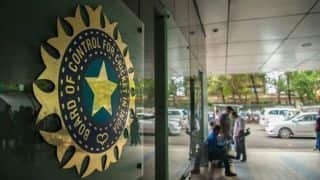 BCCI: Will consider action against Robin Morris if ICC probe proves him guilty in match fixing