They met not too long ago and set the stage on fire. But that Super-Over finish involving Delhi Capitals and Kolkata Knight Riders at Feroz Shah Kotla seems to have happened ages ago. Such is the pace of the Indian Premier League. Since that thrilling encounter, both the teams have played three more matches in the league with KKR winning two while DC managed one come ahead in one of their three contests. (READ: Kohli too big a player to be affected by IPL – Kuldeep)

Apart from the results, a lot separates the two teams. DC, despite boasting of a power-hitter in Rishabh Pant, a host of decent spinners and a talented batting order (on paper) have endured mixed results. On the other hand, KKR, on the back of sensational form of Andre Russell, have continued their strong season despite losing their previous clash against Chennai Super Kings. DC, though, are coming after a win in their previous match. But how much would they have gained from beating a wretched Royal Challengers Bangalore? Surely, some confidence. And the fact that they are one of the two teams, apart from CSK, who lived to tell the tale of Russell-storm will give them the boost when they enter the playing field at Eden Gardens on Thursday evening.

Weather: Thunderstorms predicted in the afternoon

KKR lost to CSK earlier in the week, struggling to 108/9 at Chepauk. Their top-order crumbled to Deepak Chahar and were, again, bailed by Russell who scored 44-ball 50 batting sensibly on a spin-friendly surface. The nature of the pitch wasn’t a surprise as it has been a low-scoring venue since the beginning of the season. It should serve as a gentle reminder to their batters that not every pitch will afford them a freehand. But they are playing at Eden Gardens which has, unlike Chepauk, being quite friendly to batters. This, in turn, gives them an opportunity to go full throttle and attend to their wounds. They have been fielding the same Playing XI for some time now. Although Russell looked in some discomfort while batting against CSK. He has had an injury scare earlier in the tournament too. Keeping the bigger picture in mind, will KKR rest him?

They started the season with a thumping win before churning out mixed results. They have won three, lost three while making a mess of two chases from a strong position. Clearly, consistency isn’t their virtue. And any slip up against a team that has world-class T20 spinners and Russell, will cost them dearly. Like KKR, they too fielded the same playing XI in their previous two matches in the hope of consistency and imparting confidence to their players. Expect the trend to continue.

When we return, we need to regroup. Two good teams playing and it should be a good match against Delhi next. Enjoy, forget today, next game is a new game, a new day,” Dinesh Karthik after CSK defeat

Obviously, we need to think about the areas we need to work on. It’s a big satisfaction when you win games. You get to see the smiling faces. I am doing alright as a skipper and want to maintain it. Shreyas Iyer after RCB win 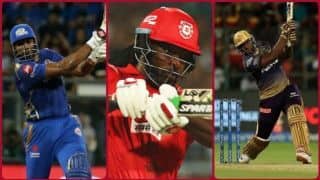 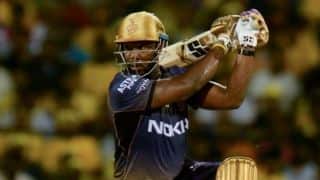