While Raina tops the chart, Kohli, Rohit, Gambhir and Uthappa aren't too far behind.

With the IPL 2019 just around the corner, we have a look at the top five run-getters in the history of the tournament. While Suresh Raina tops the chart, Virat Kohli, Rohit Sharma, Gautam Gambhir and Robin Uthappa grab the next four spots in the list.

No matter how he is performing for any other team in any other tournament; be it for India or his state side, Suresh Raina has always found a way to score run in the Indian Premier League. The left-hander, who has played 176 matches in the IPL, representing Chennai Super Kings and Gujarat Lions, when the former was suspended for two years, is the leading run-getter in the IPL with 4985 runs. Only twice has Raina scored less than 400 runs in a single season and this pretty much tells you why he continues to top the chart.

Although Virat Kohli had his struggles with the bat in the first few seasons of the tournament, he has made up for it like only he could, with an unbelievable 973-run season in 2016 for the Royal Challengers Bangalore. Kohli, who has been one of the best batsmen going around, is on the second spot in the list of highest run-getters in the IPL with 4948 runs in 163 matches. The right-hander, with four hundreds and 34 half-centuries against his name in the IPL, has a chance to dethrone Raina from the top and knowing Kohli s penchant for topping the run-scoring charts, he might well become the leading run-getter in the IPL by the time IPL 2019 ends.

If you are someone who enjoys a buffet of silken stroke-play and big sixes and want both on the platter, have Rohit Sharma in your plate. While his leadership has guided Mumbai Indians to three IPL triumphs, joint best with MS Dhoni s Chennai Super Kings, Rohit, the batsman, has earned plaudits too or as the new social media trend says, It has a separate fan base. India s limited-overs vice-captain, when Kohli is around, occupies the third spot in the list of highest run-getters in the IPL with 4493 runs.

There s no shortage of passion and intensity with whatever Gautam Gambhir does. If and when someone sits down to write the history of the IPL, a separate chapter will be reserved for how Gambhir, the captain, turned the Kolkata Knight Riders fortunes and powered them to two IPL titles. But Gambhir, the batsman, meanwhile, finds a place in the list of top five run-getters in the IPL. The southpaw, who played for Delhi Daredevils, now Delhi Capitals, and KKR before calling it quits, scored 4218 runs in 152 innings.

With 4129 runs in 165 IPL games, Robin Uthappa is on the fifth spot in the list of leading IPL run-getters. The right-hander, who plays for Kolkata Knight Riders, was their leading run-getter during their second IPL triumph with 660 runs and in the list of most runs for KKR, placed second after Gambhir with 2157 runs. While Uthappa has not had a season like the one in 2014, he has still managed to score 300-plus runs in every IPL season since that. 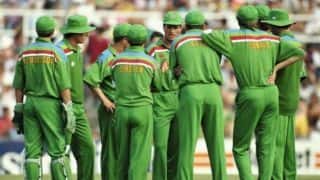