It all started with Mohammed Shami getting rid of the well-set Rishabh Pant, when the wicketkeeper-batsman went for an expansive slog and lost his wicket.

Here’s how Delhi capitulated in the death overs: 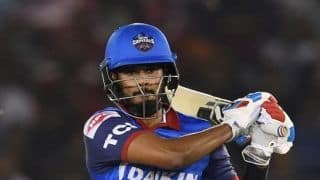