All the latest movements in the Indian Premier League points table and the expected changes after Saturday's double-header.

Kolkata Knight Riders have found their talisman in Andre Russell who has been singlehandedly driving their campaign this Indian Premier League (IPL) season. Friday night was yet another example of his power-hitting as he stunned M Chinnaswamy to star in a memorable win.

With that win, KKR’s third of the season, they have jumped to the second spot in the latest IPL points table. They have displaced Kings XI Punjab who slipped to the third spot who in turn have pushed Chennai Super Kings further down the rung at No. 4.

The top four have now won three matches and lost one. They have six points each and are only separated by the net-run rate (NRR).

Sunrisers Hyderabad are sitting pretty at the top for a second day in a row on account of a superior NRR which currently stands at 1.780.

What could change today?

However, they will may to relinquish their top standing to either CSK or KXIP as the two teams are set to face each other in Chennai today in the first clash of Saturday’s double header.

However, SRH can regain the spot by night as they face an improving Mumbai Indians later in the day at home. On the other hand, if MI win, they will rise at least one spot to the fifth in the standings.

Royal Challengers Bangalore, who suffered their fifth straight defeat of the ongoing IPL, continue to bet at the bottom of the table, behind Rajasthan Royals. 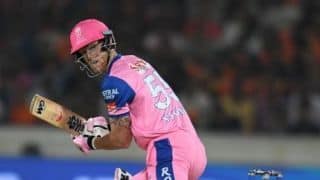 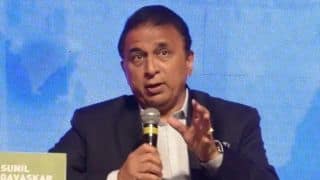