Our top five picks that can change the course for Rajasthan Royals this IPL season.

With Steve Smith back in the ranks coupled by some smart buys at the 2019 auction, Rajasthan Royals (RR) look a serious side in this edition of the Indian Premier League (IPL 2019). RR, champions of the inaugural edition in 2008, finished fourth last year after they were ousted by Kolkata Knight Riders (KKR) in the Playoffs.

The Royals were powered to the Playoffs last season on the back of some exceptional performances by England s Jos Buttler and Ben Stokes, who left prematurely for national duty. The same situation persists with RR this season. However, there are some in the squad who can be game-changers on the day in their bid for a second crown. (READ: Boosted by Smith s return, it s a battle royal for Rajasthan)

Here are our top five picks that can change the course for RR this season.

He cannot be ignored and will be the cynosure of all eyes, Steve Smith, returning from a 12-month suspension for his involvement in the ball-tampering scandal, will be aiming for a good show on comeback. There are fitness concerns still hovering around the Aussie star, who underwent a surgery a couple of months ago, but the franchise bosses are confident that he will feature in RR s campaign right from the start. A good performance at IPL 12 will pave the path for his return to the Australian squad, just in time for the ICC World Cup 2019.

Jofra Archer, who pocketed 14 wickets in 12 matches in the recently-concluded Big Bash League this year, including a hat-trick for Hobart Hurricanes, will be key to the Royals run-curtailing options, especially when they want to close in games during the knockout rounds. Last edition, he picked 15 wickets from 10 matches to become the leading wicket-taker for them.

England s wicketkeeper-batsman Jos Buttler was the Royals best player last season scoring 548 runs from 13 matches at an impressive average of 54.80 and an unbelievable strike rate of 155.24 with an unbeaten 95 being his best. Buttler, who will be key to RR s fortunes this time, also equalled Virender Sehwag’s record of five consecutive fifties in IPL. In the IPL, he has played 37 matches and has scored 1075 runs at an average of 34.68. A lot of hopes will be pinned on Buttler, who will be looking to replicate last season s performance in IPL 2019.

With the No. 4 slot in the Indian team still wide open, the Indian Premier League (IPL 2019), specially the initial two to three weeks will be crucial for Ajinkya Rahane, among the four contenders for the only vacant position in Team India for the World Cup. His last two seasons haven t been great with the RR skipper averaging under 30. With 3427 runs in 119 innings, he ranks 11th on the all-time leading run-scorers in the tournament and Rahane will be keen to rediscover his form and hope to especially improve his Powerplay returns.

West Indies new kid on the block Oshane Thomas showed great potential when he made his ODI and T20 International debut during the Windies tour of India last year. Consistently clocking over 145kph, Thomas is pitted to be the next big thing in Caribbean cricket. He first grabbed eyeballs during the Caribbean Premier League 2018 (CPL) where he picked 18 wickets from just 10 matches at an average of 17.66. With a price tag of INR 1.1 crore, Thomas is out to prove his mettle and will surely add the more firepower to the Royals’ fast bowling attack which already consists of Jofra Archer and Varun Aaron. 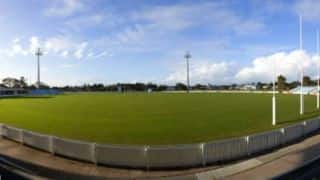 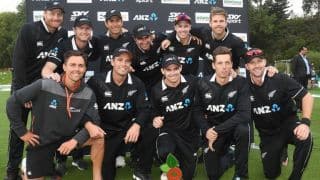