IPL 6: The best of tweets

IPL 6: The best of tweets

A collection of some of the best tweets from the sixth edition of Indian Premier League (IPL). breaking: asad rauf denies any involvement in fixing of any kind- says he will co-operate with ICC anti-corruption unit investigation

“That was a good shot, but it just won’t be appreciated unless I play Gangnam Style” – Every IPL DJ

Had Sunil Narine’s ancestors not migrated to West Indies, Harbhajan singh would have been sewing Cricket Balls in his Father’s factory.

Meanwhile at the IPL… twitter.com/followthebounc

Midway through splashing her blouse with Pepsi, the cheerleader thought to herself: “I left the Ukraine for a better life.” #IPL

Sreesanth said that God talks to him before every game. Can only imagine God says: “Bowl half-volleys and you’ll go to heaven.” #IPL

I don’t want to live in a world where Steve Smith isn’t considered good enough for this Pune side. #IPL

Ravi Jadeja simultaneously lost that and won it at the same time. THAT, my friends, is the power of #Jadejageddon!

Even Misbah and Joginder on crack couldn’t have produced such a screwball finish. #IPL2013

Just had a brilliant chicken pasta!

Harsha Bhogle described the super fan as a ‘wonderful initiative’. What, like digging wells in Ethiopia or protecting rhino?

@davidwarner31 @altcricket Bad luck, get used to 0-10 with the back to back Ashes coming up

If there were an Olympic sport than involved a triple-jump followed by a long-hop, Ashok Dinda would win gold, silver and bronze.

Good catch by Stuart Binny. But, his best catch is Mayanti langer.

Chris Gayle broke NINE records, a record for the number of records broken within a single record-breaking feat: twitter.com/AltCricket/sta

If cricket imitates life, then the IPL is the “I’m not proud of it, but it happened” early 20s.

i find the jokes on quinton de kock crass, immature and disrespectful.

Raj Kundra has a great eye for Talent, especially from the South. Dravid, Samson, Baby, Sreesanth and of course Shilpa Shetty

Raj Kundra has a great eye for Talent, especially from the South. Dravid, Samson, Baby, Sreesanth and of course Shilpa Shetty

Like to thank Kolkata curator at Eden Gardens last night for a pitch conducive to spin, next time I will try and utilise the facilities.

PWI need a coach like me,will uplift the teams moral when they r down will help them to rise,forget the gora coaches they r good for nothing

why are so many of these intelligent young bloggers so ill-mannered?

“Mumbai winning the Twitter battle, because they know what a good surface this is!” … Really Ravi? How does that work?

Rochelle Rao looks like one of those bimbos in the horror flicks.. The ones who would run into a door and kill themselves..

Glad to see Laxman Sivaramakrishnan back in the commentary box. Really missed the voice that reminds one of a robot learning English.

I was there when Johan Botha batted ahead of David Warner. 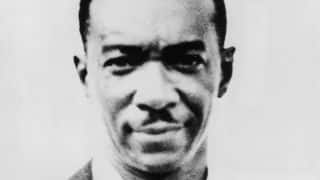 WG Grace becomes first to score 1,000 runs by May in an English season