Chennai retained five players ahead of the IPL 2014, Michael Hussey missed out.

Chennai Super Kings retained five players ahead of the Indian Premier League (IPL) 2014. The usual suspects were there in MS Dhoni, Suresh Raina, Ravindra Jadeja, Ravichandran Ashwin and Dwayne Bravo. That means they get only one player in the ‘Right to match’ option during the auctions. Chennai, like Mumbai Indians, are spoilt for choices in their squad. They have an abundance of talented players and many would come into the fray during the auctions. Michael Hussey probably is logically the best choice.

The Australian was leading run-scorer in the IPL 2013. He looked in great touch and is proven quality. One can understand the decision by Chennai to retain the four Indians as they are too valuable to the team’s fortunes. The tossup then was for the foreign player that needed to be retained. Bravo and Hussey were mainly in the running with Albie Morkel and Faf du Plessis. Bravo was the leading wicket-taker in the 2013 edition of the IPL. He is actually a proper all-rounder and can finish off games in the lower-order.

Bravo would have been more expensive to get back if he would have been released for the player auctions. Hussey, despite his excellent form, would not cost that much owing to his age. If Chennai do get him back in the ‘Right to match’ option, they not only would have kept the bulk of their main players, but also quality match-winners. One can expect those six players starting all the matches in IPL 2014. There are many reasons why the strategy adopted by Chennai is the right one. In keeping with that, Hussey’s potential recruitment is the obvious choice.

Hussey retired from international cricket in January 2013. Ever since then, he has been in scintillating form with the bat. He scored 733 runs in IPL 2013 at a strike-rate of 129.50. The main factor was that he piped Chris Gayle as the leading run-scorer. He also got 99 more runs than Virat Kohli, who was third in the list for the highest run-scorers. He struck 81 fours and 17 sixes. His amazing run continues even into the Big Bash League (BBL). As of January 11, 2014, Hussey has also scored 228 runs in six matches for Sydney Thunder.

Hussey is third in the list of top run-scorers behind Aaron Finch (262) and Simon Katich (243). So, he is not that way off. In simple terms, Husey has been sensational at a game that is stereotypically not made for his type. Add to that his age, which is nearing 39, one would not have imagined this in 2008, when the IPL began. In fact, he has been a proven performer in the IPL from the very beginning. In 46 matches, Hussey has scored 1,691 runs at a phenomenal average of 44.50. His strike-rate is 124.33. He has scored one century and 12 half-centuries.

These numbers are very impressive for someone who has seldom finished an entire IPL season. Other advantages for Chennai, apart from the numbers, are also equally important. Hussey’s age automatically gives him a certain respect as he is one of the senior players in the team. Even if he does not lead the run charts, he can guide the youngsters in the team. He is a good leader to have around the team that Dhoni has led so well. The Chennai fans adore him and that goes in a long way to ensure the fan base increases even more. An added bonus is that he is still an exceptional fielder, despite his age.

So, there are many reasons why Hussey is the obvious choice for Chennai come the auctions. If they do not pick him, then other teams will be more than willing to add such an exquisite talent to their ranks. 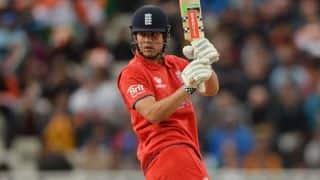 England win toss, elect to bat against Australia in 1st ODI at Melbourne 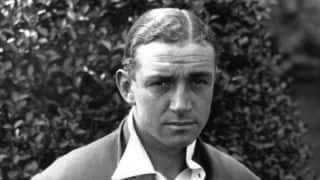