IPL - Taking a leaf out of the World Wrestling Entertainment!

IPL - Taking a leaf out of the World Wrestling Entertainment!

IPL owners have decided to up the entertainment value by borrowing ideas from WWE.

Hold your horses! Stop the Press! If you thought IPL was only about the players and the cheerleaders, you got it wrong. IPL franchise owners have decided to add to the entertainment quotient by getting the commentators to jump from their boxes straight into the Pod – much like World Wrestling Entertainment (WWE), where ringside commentators are made to fight against much stronger opponents.

This is slowly becoming a reverse trend or sorts. While it is perfectly normal for cricketers to move into the commentary box, once they are no longer part of a team or a franchise, the IPL has shown a completely different trend. In the past two weeks commentators have moved from the commentary box into the pod.

Sourav Ganguly and Mark Boucher have joined Murali Kartik in bucking the trend. All of them seen in action (or “words” to that effect) in the Commentary Box in the recent past, have made it to the teams, courtesy injuries to more established players. The buzz going around the IPL is that the “Commentator’s Curse” now has a new meaning and no one is spared from its effects.

If any commentator desires to play in the IPL, all he needs to do is to mention the “I” word. There’s nothing narcissistic about it – I mean the word “injury “. And lo behold! The curse has its wanted effect. It transports an established player out of the pod and the commentator into the pod. And neither Captain Kirk or Scotty from Star Trek are needed here.

With the slower bowlers having an effect in the IPL, I wouldn’t be surprised if Ravi Shastri or Laxman Sivaramakrishan have been turning their arms over in the past few days, waiting for their turn! After all, the IPL is about entertainment and bringing the crowds into the stadiums.

And, finally, now that we see Rohan Gavaskar in the ‘(B)Analysis’ Box – before, in between innings or after the match, he must be most hopeful of a quick move into the pod.

Till the Commentator’s Curse wears off…. Stay tuned! 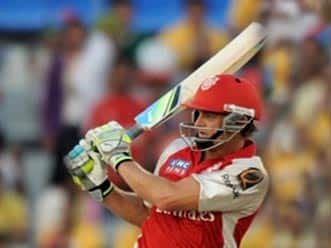 HPCA all decked up for three IPL matches 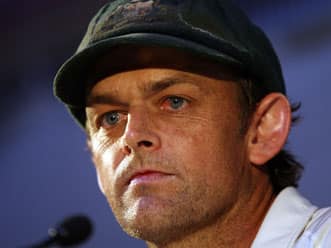