With the dust settled over the much-hyped IPL4 Auctions, it’s time to reflect on how the franchisees went about their mega purchases. 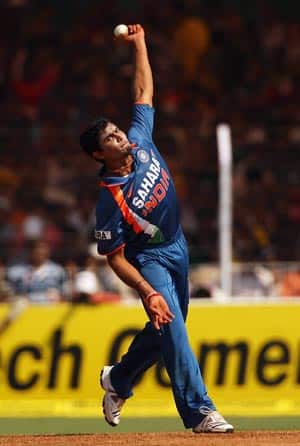 With the dust settled over the much-hyped IPL4 Auctions, it’s time to reflect on how the franchisees went about their mega purchases.

The first session saw some frenzied action and some crazy buying that had some head-scratching moments. The afternoon sessions seemed a little less insane. Apparently the franchises realised that they may run out of money to buy quality players. The next day was more, bargain hunting with a few big buys. The situation was akin to a vacation where you end up splurging on the first few days and have to cut down on the last few.

Now onto some of the “stand out” moments of the auction.

Pune paid a bomb to buy Robin Uthappa and by the end of the auction seemed to have a very solid team.

The auction even had it’s controversial moments, when the auctioneer sold Saurabh Tiwary to the Challengers and then re-opened the bid, by deeming that Kings XI had made a last-moment bid. Siddharth Mallya then decided to “stand up” and do some talking to Preity Zinta, who gracefully decided not to contest once the Challengers raised their bid to $1.6M.

Team Kochi went overboard to rope in “son of the soil” Shantakumaran Sreesanth. As if that was not enough, they topped it by buying a rank underperformer in Ravindra Jadeja for $950K. That’s like paying the price of a Ferrari for an Ambassador!

Kolkata decided to buy some of the most explosive players in the IPL – Gautam Gambhir and Yusuf Pathan – and then decided to make the situation more explosive by not bidding for Sourav Ganguly! Needless to say effigies of Shahrukh Khan are still being burnt in Kolkata.

The Rajasthan Royals made a complete mess of things by not retaining Yusuf Pathan. It doesn’t matter how good Shane Warne is as a captain, but Yusuf is the match winner for them. They now look like a Test team and will be tested this year by even Kochi – in my opinion, the weakest of all the IPL teams.

Mumbai Indians (MI) decided that they need to spice up the dressing room atmosphere and the IPL and bagged Andrew Symonds. Now that Lalit Modi isn’t there for tweeting moments of insanity, Harbhajan Singh and Andrew Symonds on the same team, should make things interesting. Maybe, the Aussie will learn a few choice words from Bhajji that cannot be found in the Hindi dictionary. But with some smart buys, including Davy Jacobs as wicketkeeper, they are one of the strongest contenders for the title.

The bidding madness has ended and it’s made some budding cricketers very rich. It now remains to be seen whether the franchises get a bang for the megabucks that they have spent. It’s going to be interesting. Stay tuned.