The first T20I between Pakistan and New Zealand at Auckland will mark Aamer’s return to international cricket.

It has been a long time.

Six-and-a-half years ago, Mohammad Aamer last played an international match for Pakistan, in August 2010. Since then, he has been through a lot. He has spent time in jail, spent endless hours living the trauma of a mistake made due to tenderness of mind and age, and suffered relentless insults made by people around the world, because he strayed from his dream of playing cricket for Pakistan, and ended up doing that was deemed illegal. Aamer’s journey in the past few years — from ridicule to his return to cricket — is no less than an inspiration, because seldom you come across young boys with such incredible fortitude that the 23-year-old possesses.

At that age, he has been through the highs and lows. While the world revelled in the rise of yet another pacer from Pakistan, they pinned their hopes on the left-arm pacer who was so incredibly talented that they thought it was a legend in making. Comparisons with greats like Wasim Akram were not surprising, and neither was their anger when Aamer was thrown out of cricket into a jail for a crime he should not have committed.

The cricketing world was right in feeling that it had been robbed off an incredible talent due to the malice which still persists in their beloved game. It was justified to be angry with Aamer, but how many of them actually thought that somewhere down the line, cricket is their responsibility as well? ALSO READ: Humble Mohammad Aamer set to make fresh start in life and cricket

None of us are finished products; we all keep improvising every day. So was Aamer back then. For those who lead common lives, their highs and lows remain confined to their close ones. But once a person is in public domain, he becomes the epitome for many; he becomes public property. His highs and lows bring joys and sorrows to many he will not ever meet. Same is the story of Aamer, who had not reached the pinnacle when the scandal broke out, but was very much on the way. At the tender age of 18. Hailing from a small, relatively unknown region of Pakistan.

Even today, Aamer is not a finished product. He is just 23, a year younger than Curtly Ambrose was when he made his debut. An entire career lies ahead of Aamer. He will go through cricketing highs and lows along the way. He will lead Pakistan to many victories. He will be part of many disappointments as well.

But as Aamer gears up to relive the dream of wearing the Pakistani jersey once again, he is certainly that boy who has weathered all storms, and has emerged wiser in contrast to what people would have thought. Aamer and those who have been on his side come whatsoever deserve the richest of applause.

The first T20I between Pakistan and New Zealand at Auckland will mark Aamer’s return to international cricket. The first thought that comes to mind is of sadness that many of us in India will not get to see Aamer’s comeback on television, for there will be no telecast. Many of us who took the liberty of throwing brickbats at Aamer and Pakistan will not even be aware that history will be made early Friday morning.

Nevertheless, good luck to Aamer and Pakistan, for them having embarked on a journey not many had even thought of.

Years ago, another warrior from neighbouring India made an emotional comeback to cricket. On September 11, 2012, Yuvraj Singh stepped on the cricket field once again after defeating a rare form of cancer. Somewhere, it did not matter how many runs Yuvraj made, or how many wickets he took or how recklessly he threw himself on the hard grounds to save a few runs for India. What mattered was a hero stepping back into the arena after defeating a threat as big as cancer.

Aamer is no less than a warrior, because he travelled the arduous road of being disgraced to being welcomed back in cricket. He has fought his inner demons to stand strong to play the sport for his country again. Repeat, there will not be so many warriors of this tender age out there.

And yes, let us try not to bring back memories of the dreaded past the next time he oversteps the crease.

Aamer has learnt his lessons. 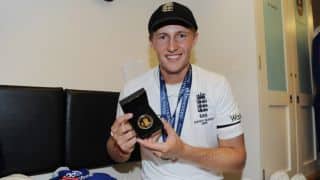