Kulkarni was the third highest wicket-taker in the series against Sr Lanka.

With an all-important tour of Australia scheduled to begin early next month and the ICC World Cup 2015 just months away, India have begun their build-up to the mega event. With a battery of pace bowlers in the frame, the competition is getting hotter in the Indian camp. Dhawal Kulkarni is one contender who has been impressive of late with his performance at both the domestic and international level. Ayush Gupta looks into his performance so far and his ability to deliver in the World Cup, if selected.

Born in Mumbai, Dhawal Kulkarni rose to fame during the Vijay Merchant Trophy in the year 2005-06 while playing for Mumbai U-17 where he put in an impressive performance. He also had a good stint for Mumbai U-19 when while playing against Tamil Nadu where he claimed eight wickets for just 47 runs. As a result he broke into the India U-19 squad and impressed with his performance during the tour of Sri Lanka in 2007. Owing to this impressive performance, he was selected for the Mumbai One-Day team and was also picked up by the Indian Premier League (IPL) franchise Mumbai Indians (MI) during its inaugural edition in 2008, where he put in another good performance.

He soon made his debut in First-Class cricket for India A and also played for Mumbai in the Ranji Trophy in the same year, emerging as the highest wicket-taker of the tournament with 49 scalps at an average of just over 22. He also earned his national call for the Test series in New Zealand in 2009, but failed to make it to the playing XI.

He continued his impressive performance for Mumbai in domestic tournaments and the IPL. After 2013, he was released from Mumbai Indians and was later picked by Rajasthan Royals. He made a good comeback in the 2012-13 domestic season, and also did well with the India A side during a quad-nation series in Australia during 2013-14 and earned a national call again for the ODI series in England that followed. He made his debut at Birmingham during the 4th ODI where he went wicketless after bowling seven overs.

He was picked again for the recently-concluded ODI series against Sri Lanka where he rose to the occasion and utilised the opportunity. He played the final three games of the series claiming eight wickets at an economy rate of 5.45. He averaged around 18.62, with his best bowling figures being four for 34. He was the third highest wicket-taker in the series after Akshar Patel and Umesh Yadav, which helped India whitewash Sri Lanka 5-0.

He was also impressive in his last domestic game during the Duleep Trophy quarter finals against East Zone, where he claimed seven wickets for West Zone, but unfortunately ended up on the losing side.

Overall, he has been consistent in recent times. However, he will need to deliver one last time again before the World Cup if the selectors happen to select him for the Tri-series Down Under which features England as the third team. A notable performance in the series could earn him the ticket for the World Cup. 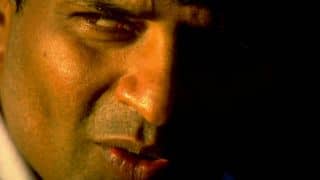 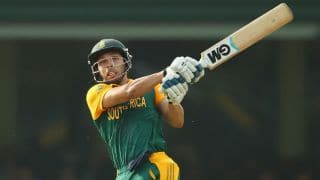