The Asian players are seen and treated differently by the  International Cricket Council (ICC) in controversial incidents. Is it so? A furious Sunil Gavaskar has time and again indicated the two standards of ICC when it comes to punishing Asian players. In 2008, during the India-Australia series in 2008, he mentioned that when Virender Sehwag was given not out on an appeal for leg-before-wicket, the then Australian skipper, Ricky Ponting, went up to the umpire and kept on inquiring about the decision which was uncalled for but the incident went unnoticed.

The cricket experts, especially the Indian commentators and sub continental players, have time and again criticized the ICC for being indulgent on the Australian, England or South African players whereas being harsh on the Asian cricketers. The Harbhajan Singh-Andrew Symonds incident is well known to the world. The entire controversy ended with the Indian off spinner being banned for three test matches and Symonds was cleared as if it was entirely Bhajji’s mistake in the spat. The TV coverage shows that it was the Australian all-rounder who triggered the incident by provoking the Indian offie by sledging him and adding personal remarks.

The Ravinder Jadeja– James Anderson incidence was also cleared with Jadeja being fined 50% of his match fees. Anderson had allegedly pushed Jadeja while walking past him towards the dressing room. As the Englishman was freed without even apologizing, BCCI went forward by appealing for a review on the final verdict but failed.

The functioning of ICC against Asian players has always been under scrutiny.  Established bowlers like Muttiah Muralitharan, Harbhajan Singh and Saeed Ajmal have been tested for chucking but hardly any Australian or English bowlers have gone through the same test. How much of it is ‘exaggerated’ by the sub-continental players and how much of it is true will never be known. But these incidents show us the real picture to some extent. It is simple favoritism by ICC and it gives the overseas players an escape route, thus hurting the spirit of the game. 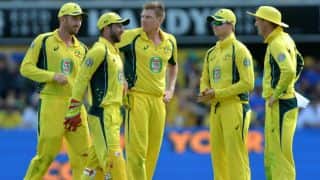