Jacques Kallis has redefined the game of cricket.

A busy office room, the sound of the keyboard rattling all around, a news breaks out of nowhere — Jacques Kallis bids good bye to international cricket. A sense of urgency in everyone’s face, the panic button was pressed in order to share this as breaking news. While surfing through the Facebook posts regarding the retirement of Kallis, I saw one fan who posted, “but he always remains in the hearts of cricket lovers.” I could not disagree with this fan. Jacques Henry Kallis, arguably one of the greatest all-rounders of all times has bowed out of all forms of cricket on Wednesday.

Over 25,000 runs and 576 wickets, Kallis has redefined the game of cricket, every time he has stepped into the field. South Africa tour of Sri Lanka, 2014 saw this grand all-rounder stepping into his cricketing shoes for the last time. The flamboyance and grandeur of the signature Kallis square drives will surely be missed. He also had the tendency of breaking any perilous partnerships in the game of cricket.

A look at one of the cricketing greats, when Kallis walked out on the field for the last time sporting the traditional green and yellow South Africa jersey – 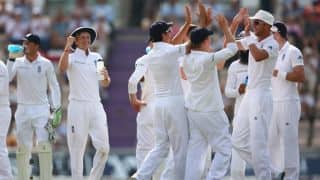