Jadeja is all-rounder who bats in the middle order and bowls left-arm spin. 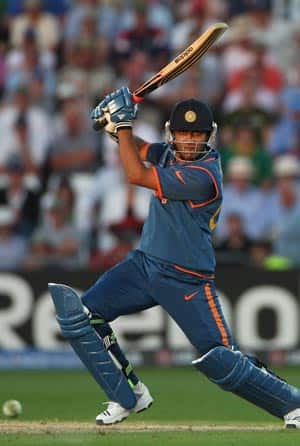 It has been a summer of surprise selections; if Sanath Jayasuriya’s and Rahul Dravid’s comeback surprised one and all, Ravindra Jadeja’s call-up has stunned the cricket world. While the recall of Jadeja may seem bizarre, but it does have some merit from a long-term perspective. However, it does seem odd that he has been selected ahead of players like Saurabh Tiwary, Manoj Tiwary and Shikhar Dhawan.

The selectors have been criticised for picking Rudra Pratap Singh as a replacement for Zaheer Khan, but Jadeja’s selection has left most critics speechless. In RP Singh’s case it was a left- arm seamer replacing a left-arm seamer which made some sense to cricket fans. But in Jadeja’s case, it’s a case of an all-rounder who bats in the middle order replacing a frontline opening batsman!

Gautam Gambhir has had a tour devoid of luck. He was struck on the elbow in the first Test and in the last Test sustained concussions. There is no doubt that it has affected his performance in the Test series and it is good that the Indian team management have decided to send him back. However, the replacement should have been flown to England at lot earlier before the start of the One-Day International (ODI) series so that the player answering the SOS has time to acclimatise.

Jadeja has batted up the order a few times in the Indian Premier League (IPL), but it’s doubtful if he will get to bat above No 7, should he get picked in the eleven. It would have made more sense to replace Gambhir with Dhawan, Manoj Tiwary or Saurabh Tiwary. The three of them were in Australia for the Emerging Players Tournament and were amongst the runs.

Manoj Tiwary has been consistent at the domestic level for years now, but hasn’t had a good run with the international side. Whenever he has got a chance it has almost been as if it was his last opportunity before being dropped.

Saurabh Tiwari, on the other hand, was in the Indian team for quite some time and didn’t get too many opportunities in the middle. Although the two of them are not openers by trade, they should have been the top contenders to replace Gambhir as they have performed well in Australia as frontline batsmen.

On the other hand, Jadeja’s selection seems to be a desperate attempt to fit in an all-rounder and restore the balance in the Indian team. When he made his debut in 2009, he was looked upon as a player who could bat at No 7 and bowl his full quota of 10 overs. He did well in patches, but wasn’t consistent enough which led to him being axed before the 2011 World Cup.

His bowling was still decent, but his batting was a letdown. On many an occasion his batting lacked the zing that is necessary to do well at No 7. There were a few games where he looked very nervous and it affected the Indian batting. His bowling and fielding were never in question but it was his batting that attracted criticism.

During the IPL 2011, it was good to see a change in his approach towards batting. It was an aggressive Jadeja on display for the Kochi Tuskers Kerala as he cleared the boundary with ease on a number of occasions. He looked a lot stronger and fitter which had a good effect on his overall game. The performance he put up during the IPL showed that he had worked on his batting and was ready to deliver.

It should be noted that Jadeja’s last big outing was during the IPL, but he has played a few matches for his Ranji side Saurashtra in the recently-concluded Shafi Darashah and the Buchi Babu tournaments. In these games he has shown good form with the bat and ball and that may have prompted the selectors to make the call. Here are his stats in the two tournaments:

The stats show that he is in form, but there is a difference between playing such a tournament in familiar conditions and playing in a competition like the Emerging Players Tournament in Australia, where the Tiwarys did well.

The Indian team is without Yuvraj Singh, who filled in the role of the fifth bowler in the World Cup team and bowled his full quota. Team India lacks an all-rounder and none of their batsmen can be relied upon to bowl the full quota of 10 overs. With Jadeja showing signs of improvement with the bat, he may be India’s answer to a genuine all-rounder. In fact, he should have been in initial ODI squad and even toured West Indies as well.

There is only one way Jadeja can shut up the critics – by proving himself out in the middle. India-England ODI series will be a close affair: Akram 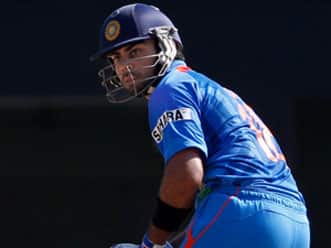