Anderson was, somewhat ironically, England’s Man of the Series.

As Rangana Herath caught James Anderson off Shaminda Eranga with one ball to go, England lost the Headingley Test, and with it, the series. Anderson was named England’s Man of the Series amidst the debacle. While at the podium, however, he broke down. Abhishek Mukherjee delves deeper into the mindset of the Lancastrian.

Nobody had given England a chance to bat out the final day with only five wickets in hand. England fought it out bravely, but when Anderson walked out to join Moeen Ali at the fall of the ninth wicket, they were left with 128 balls to negotiate. It was a nigh-impossible task.

Moeen, playing only the second Test of what already looks like a potentially impressive career, had looked competent enough to keep the Lankans at bay. But Anderson? Anderson, with a First-Class average of ten? Would he survive? For how long would Moeen shield him?

Till yesterday, Anderson had batted 26 balls per dismissal in his Test career, which though decent, was certainly not encouraging. But he hung on, keeping out Shaminda Eranga and Dhammika Prasad, who were trying to exploit his weakness against bounce. Rangana Herath got the occasional one to turn and bounce, but with the ball coming into Anderson, he was negotiated.

Then, with a single over to go, Angelo Mathews played a masterstroke: with Anderson on strike, he replaced Herath with Eranga. The first ball screamed past Anderson’s face, but he was still there, as he was for the next three balls. Then came the fifth.

It was too steep and fast for a specialist batsman. Anderson, after battling it out for 54 balls, could not hold on anymore: the 55th ball he faced — the penultimate of the Test — rose alarmingly, and the Lancastrian instinctively fended it away; Herath completed the catch at backward short-leg.

It was as heartbreaking as it could have been. First, they had failed to get Nuwan Pradeep out at Lord’s; and now, this. Fleeting memories of Edgbaston 2005 came to minds. Andrew Flintoff had to console a crestfallen Brett Lee that day as a million Australian hearts cried out for him.

But Anderson was different. Anderson held his composure. Anderson returned dejected, but there was no display of emotion: he had failed young Moeen Ali; he had failed his country; he walked past the Sri Lankans as they celebrated in ecstasy.

After the Test got over, he was called to the podium. He was, somewhat ironically, England’s Man of the Series. He accepted the award, but when Michael Atherton requested for a few words, the tears that had been held back for so long refused to remain in control. His voice choked. Anderson, fast, furious, macho Anderson, broke down. Almost.

Atherton understood, and did not press further. Anderson’s colleagues understood as well, as did the Headingley crowd. They applauded the man: it was not merely an appreciation of the performance; it was their way of showing respect towards the man who had given his everything to take his country to the shore.

The Yorkshiremen had all been through this. They re-lived their own agony through a Lancastrian. The Battle of Roses did not matter anymore. They applauded the effort like Yorkshiremen are supposed to. The Yorkshiremen, often hailed as the toughest of cricketers around the world, acknowledged that one secret men are often too embarrassed to admit. 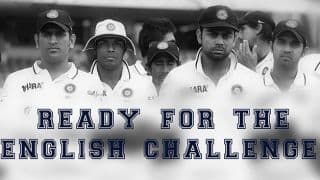 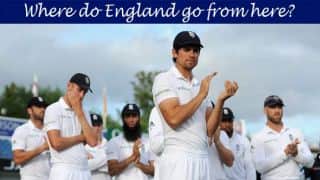