Faulkner, McKay are second in the list of 10th wicket partnerships in successful run-chases in ODIs.

James Faulkner and Clint McKay put up 57 for the last wicket to beat England in the second One-Day International (ODI) at Brisbane. Nishad Pai Vaidya writes about some of the successful 10th-wicket stands in successful chases in ODIs.

Australia can do no wrong this summer! The second One-Day International (ODI) at Brisbane summed up Australia’s domination over England as the tourists are searching for that elusive international victory on the tour. When England put on 300 on the board, one would have tipped them to pull it off, more so when they had Glenn Maxwell and Australia stuttered to 244 for nine, it was in their bag. But, for the second time in three months, James Faulkner pulled a rabbit out of the hat and unleashed his brute force in the slog overs to essay an unlikely victory.

The 57-run stand between Faulkner and Clint McKay is the second highest partnership for the 10th wicket in a successful run-chase in an ODI. It is quite astonishing that McKay scored only two runs in the whole partnership and it just reflects how well Faulkner played. He was in total control of proceedings, farmed the strike and attacked when the opportunity presented itself.

Here is a list of the highest partnerships for the 10th wicket in victorious causes in ODIs:

The best partnership for the last wicket in a successful run-chase was during the 1975 World Cup semi-final between Pakistan and West Indies. Chasing 267, West Indies had stumbled to 203 for nine when Derek Murray and Andy Roberts came together. In that innings, even Roberts scored 24 and completed Murray, who finished unbeaten on 61 as West Indies booked a spot in the first ever World Cup final. The rest, as we know, is history!

To compare the two partnerships would be unfair as they came in different eras. Modern one-day cricket is a brave game and even the tail-enders are expected to have some ability with the bat. Consider this: Australia batted through to No 10, where Mitchell Johnson, a man who has a Test ton to his name, walked out. McKay at No 11, too is decent as he can block it and take the singles. But, Faulkner had to solely rely on McKay to hold fort.

England bowlers were too short at times and bowled it in the slot for Faulkner to swing his arms. Even though, they bowled in his areas, he still had to dispatch them, hold his nerve and wade through the situation. It is Faulkner’s temperament which makes this innings more special as he looked calm and composed throughout. At Mohali in October 2013, he smashed Ishant Sharma for 30 runs in an over to put Australia on course to victory and then sealed it in the final over. His maiden ODI ton saw a heartbreak as Australia fell short of a huge total in the seventh game of the same series. This time, against the old rival, he finished it perfectly.

The interesting thing is that one-day cricket has only seen three half-century stands by the last pair finish games successfully. On other occasions, it ended in disappointment as they are only one mistake away from giving it away. Take the 103-run stand between Saeed Ajmal and Mohammad Aamer against New Zealand in 2009. Pakistan fell an agonising eight runs short of the total when Ajmal holed out to the deep. That is the highest partnership by the last pair in a run-chase, albeit in a defeat. 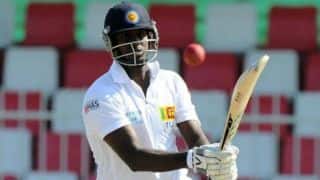 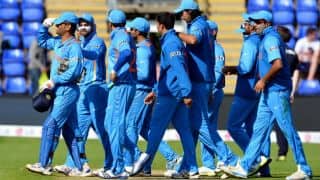