Gillespie will be expected to assume charge during the 2015 Ashes.

Following the retirement of Alex Ferguson, David Moyes was appointed the coach of Manchester United. The Scotsman looked promising and there was a lot said and written about the appointment. However, ten months down the line, Manchester United were found staggering on the points table, and the defending champions did not even have the chance of making it to the top five. One of the most followed and popular clubs in the world, Manchester United suddenly had no coach.

Ryan Giggs was given the additional charge of leading the side in the remaining of the matches. Manchester United needed a strong coach, someone who could revive them from the dust and continue Ferguson’s legacy, the Manchester United heritage.

England cricket is no different. Over the past three years, England cricket has seen a lot of chances and turmoil. They have seen more controversy ridden times than winning or successful. From Andy Flower’s sacking to Kevin Pietersen’s ouster to Alastair Cook’s removal from One-Day International (ODI) squad to the more current Peter Moores’ sacking, England have been the hot bed of all that is wrong for a team’s success. READ: Peter Moores sacked as England coach

Two months before the Ashes 2015, England cricket got themselves a new Director – Andrew Strauss. Peter Moores, appointed coach in 2014 following the sacking of Flower, had spent more time explaining the loss than working on the basics. Now, Paul Farbrace will take over the duties for the series against New Zealand.  READ: Andrew Strauss confirmed as Director of England Cricket

However, the question remains, who will take over the role of the coach and guide England? Who will help them regain the Ashes this summer? Who can regenerate the same kind of effervescence they had in 2005, and later in 2009?

The two gentlemen, leading the race currently for the position of England’s head coach are Yorkshire coach Jason Gillespie and Western Australia and Perth Scorchers coach Justin Langer. Ironically, both men were members of the Australian team that played in Ashes 2005.

While Langer has been an exceptional cricketer for Australia and a triumphant coach, Gillespie will probably be the best option for England.

Gillespie was appointed coach of Yorkshire in 2011. From changing the environment of Yorkshire to mentoring world-class batsmen like Joe Root and Gary Ballance, Gillespie helped Yorkshire not only promote themselves from Division Two to Division One but win the County Championship. READ: England hiring an Australian coach will be an insult

He has got a simple mantra. “Firstly, identify the type of cricket you want to play, then the personnel,” Gillespie was quoted as saying by The Telegraph.

What exactly did Gillespie do to change Yorkshire’s luck? “There’s [sic] a lot of very positive cricketers in English cricket. I don’t think there’s a specific background that players come from. I think it’s about the environment that’s created at counties. At Yorkshire we strive to do that,” Gillespie told Scyld Berry in an interview for The Telegraph.

Gillespie has a simple philosophy. He believes in helping players understand what they want to do on the field and then let them do that.

Gillespie let the cricketers in Yorkshire play to their fullest and let them know that they have the backing of the captain and coach. What is more, he does not push his decisions on the players.

In Yorkshire, he let the players make their own decisions. He says, “Treat the players like adults and they pay it back to you.”

Moreover, Gillespie knows how Australians play. In the interview, he said, “Body language for me is key. What I’d like to see from England, if you want to take it up to Australia, you need to be up for the fight, roll up your sleeves, and don’t be afraid to take it to the Aussies, don’t be afraid to take calculated risks. READ: Nasser Hussain backs Jason Gillespie for England coach

The reality is that England, especially in one-day cricket, have played incredibly poorly — and if they keep playing the same style of cricket they’re going to keep coming up with the same results. You’ve got to change the whole attitude, you’ve got to change that mindset, don’t take a backward step.”

However, probably the biggest point for Gillespie could be that he is respected by former England players like Strauss, appointed the England Director of cricket on Saturday. Everyone is aware of how he has turned Yorkshire’s luck around. It was Colin Graves who had appointed the Australian as the coach of Yorkshire in 2011. Graves, known to many as the man who saved Yorkshire, is also the next England and Wales Cricket Board (ECB) chairman.

It is very crucial for the team management, coaching staff and players to be on the same line and with Graves, Strauss and Gillespie, England probably can rekindle their game.

It is said that it is the captain, who makes decisions on the field, while the play is on. However, the coach plays a big role in the success of a team. He is the man who binds the team together, who connects the dots together and he is the man who probably is the backbone of the captain and players. He is more of a friend than a guide. Gillespie at this point is the best possible answer to the revival of England’s cricket. 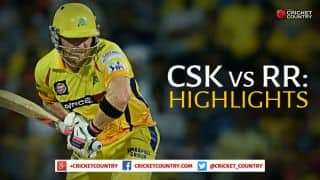 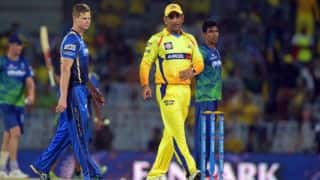