Jason Krejza (left) is an Australian bowler who made his Test debut against India at Nagpur in 2008 and in 2011, played his first One-Day International (ODI) against England at Perth.

Jason Krejza (left) is an Australian bowler who made his Test debut against India at Nagpur in 2008 and in 2011, played his first One-Day International (ODI) against England at Perth. A right-arm off spinner, he has played two Tests and eight ODIs and has picked up 13 wickets and seven wickets respectively.

Krejza made his First-Class debut for New South Wales (NSW) in 2004 and was a regular figure in the side until 2006, before deciding to leave for Tasmania as he fell out of contention. After putting in some fine performances for Tasmania, he was first selected for Australia’s A team for the India tour in 2008, but later went on to make his Test debut in the fourth Test at Nagpur, after Bryce McGain was sent home being injured.

He made a memorable debut against India as he picked up eight wickets for 215 runs in the first innings, becoming the fourteenth Australian to take five or more wickets in an innings on debut. Along with that he also became the bowler to concede the most runs on Test debut. Later, an ankle-injury and Nathan Hauritz’s form saw Krejza lose his place.

Krejza’s doppelganger on the right is Justin Timberlake, an American singer, actor and songwriter. In the 1990s, Timberlake rose to popularity as one of the two lead vocalists and youngest member of the boy band NSYNC. Later it became one of the best-selling boy bands of all time. He launched his solo studio albums Justified (2002) and FutureSex/LoveSounds (2006) that helped him establish as one of the top most commercially successful singers of the decade. After tasting huge success in singing, he shifted his attention towards acting from 2007 to 2012, starring in famous movies like The Social Network (2010), Bad Teacher (2010), Friends with Benefits (2011) and Trouble with the Curve (2012). 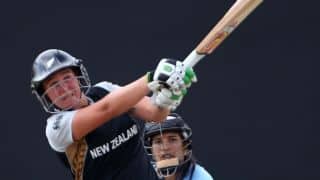 Munaf Patel: 10 interesting things to know about the Indian pacer