A little less than two years ago, in a game of cricket, the White Rose county was involved in a Titanic battle against the men from South East of England, Sussex. In that game, the young and precociously-talented batsman from Yorkshire by the name of Joe Edward Root, carved a niche for himself with a resolute century. 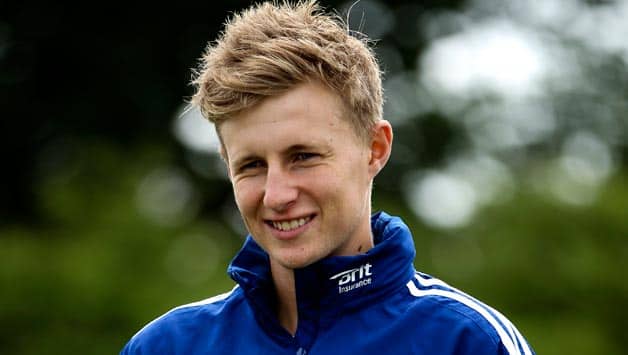 Joe Root has the potential to become the fulcrum of England’s batting line-up, and reach colossal heights, in the years to come © Getty Images

A little less than two years ago, in a game of cricket, the White Rose county was involved in a Titanic battle against the men from South East of England, Sussex. In that game, the young and precociously-talented batsman from Yorkshire by the name of Joe Edward Root, carved a niche for himself with a resolute century.

It was a baptism by fire for Root, as in the opposition ranks, they had a compendium of Test class bowlers like Monty Panesar, Amjad Khan and Wayne Parnell, supported diligently by the workhorse James Anyon. Yet, at the tender age of 20, Root showcased fabled prowess of adhesion to keep Sussex bowlers at bay for more than six hours. Incidentally, it was also Root’ first century in county cricket.

If we turn back the pages in Root’s career, he was born in a family with a cricketing lineage. So, it shouldn’t surprise anyone that Root followed in his father’s footsteps by playing for Sheffield Collegiate CC. Even then, he was known as a cricketer with immense potential.

Root honed his skills in the peace and tranquillity of quintessentially, well-manicured, picturesque English grounds. He went onto play for a variety of teams like Sheffield Collegiate second X1, Sheffield Collegiate XI, Yorkshire under 13s and 15s, Yorkshire Academy, ECB under 16s, ECB North under 17s, England under 19s, Yorkshire second X1 and Yorkshire county team. Here is a cricketer who has scripted a memorable journey by working his way up the ladder with guts and gumption.

The breakthrough year for the boy wonder from Yorkshire came in 2012, as he amassed 964 runs at a healthy average of 41.91, in First-Class cricket in England. By then, he had already caught the eye of England Lions coach, Graham Thorpe. His awe-inspiring century against the touring West Indians in ’12, gave further proof of his willowy powers. Root under the tutelage of astute, Thorpe blossomed into a fine batsman. Soon, Thorpe recommended the young prodigy to England’s think-tank, and he was selected for the tour to India in 12-13.

In what turned out to be a bolt from the blue, English selectors dropped Samit Patel, and elevated Root to England’s team by picking him for the final test against India at Nagpur. When he walked into bat in the final test, England was in a precarious position, as they had lost the cream of their batting line-up, rather quickly. Root though, showed burgeoning self-confidence to come to grips with alien conditions by playing a heart-stirring knock of 73.

In the Test match at Nagpur, with a touch of calm countenance, and relaxed gait at the crease, he defended canny Indian spinners stoically for five hours. Every-time, Indian spinners erred in their lines and lengths, Root with soft hands and by playing late, deftly pierced the interstices of the field set by MS Dhoni. On a track, where run-making was never easy, the unperturbed Root, played like a courageous conquistador.

In the past, unlike Root, innumerable English batsmen with far more experience under their belt than him have come to India with a mind-set that tracks in India are all dust-bowls. In fact, when they found themselves at sixes and sevens against wily spinners from India, it seemed like English batsmen were frantically searching for king cobras and common Indian kraits, hidden underneath the track by groundsmen to spite its stinging venom at the unsuspecting batsman.

There was still an inkling that Root was too staid, and one-dimensional to do well in the shorter formats of the game. But he forced everyone to eat humble-pie with his glorious artwork of exhilarating stroke-play in the fourth one-day match against India at Mohali. His prestidigitation at Mohali was such that he reduced the stratagem of Dhoni’s well thought-out field settings to a mere lottery. On that day at Mohali, Root with his wide-array of strokes was scoring runs in a 360 degree-arc.

Emboldened by how he played in the one-day series in India, he carried his good form to the tour of New Zealand. Even in the Champions Trophy, played in England, he stamped his authority on the big stage by notching up good scores.

However, in the Test series played in New Zealand, he found runs hard to come by. Just in the nick of time though, he found his touch back with a sparkling century for England Lions against New Zealand on the return leg of their tour to England. In the subsequent test series played in England, with a rock-solid defence, interspersed with well-timed shots, he handled New Zealand’s plucky swing bowlers with aplomb at Headingley. It resulted in England’s think-tank plumping for Root as an opener, ahead of Nick Compton, for the Ashes series.

The selectors were perhaps unfair on Compton, as he had done well in New Zealand. Unfortunately for him, when New Zealand toured England, Compton couldn’t impress the selectors. To be fair to Compton, he played with a fractured finger, and bruised rib in that series against Kiwis. It is now up to Root to justify his elevation to the opener’s slot by delivering the goods in the all-important series against Australia.

The nimble crispness through which the willowy Root essays his shots, is a welcome relief from watching modern day batsmen bludgeoning opposition bowlers with beastly power. Yes, no one can predict what will the future unravel for the young Yorkshire prodigy, but early signs are good. In short, Root has the potential to become the fulcrum of England’s batting line-up, and reach colossal heights, in the years to come.