Root became the fourth youngest batsman to score a double-century.

After a dismal Ashes series which saw England slump to a humiliating 5-0 defeat to arch-rivals Australia, Joe Root fine-tuned his technique to score a magnificent double hundred in the first Test against Sri Lanka at Lords. It was a typical Root innings, stroking the ball through the gaps and running hard and punishing the occasional bad ball for a boundary.

England were in a spot of bother in the first session of day one due to some excellent bowling by the Sri Lankan pacers. He walked out to bat when England were three down for 74. Calmness at the crease and the uncanny ability to perform under pressure is one of the best features of his batting. This is surely a milestone for the baby-faced cricketer as he was under a lot of pressure before the start of the series. Root had endured a thumb injury against West Indies and subsequently missed out the ICC World T20 2014.

Root used this time away from the game to polish his technique. There was no questioning his appetite for runs as it was because he had scored a mountain of runs in First-Class cricket that he was picked for the India tour.

The double-hundred saw records tumble in heaps. Root had scored a scintillating 180 in the England-leg of the Ashes in 2013 in the very same ground and has now reached his highest Test score in his fledgling career. He thus became only the second batsman to have two 180 plus scores under the age of 24 after the legendary Len Hutton.

Age would feature in yet another feather in Root’s cap. He became the fourth youngest to score a double century Hutton, Bill Edrich and David Gower. Root’s temperament deserves special mention. He went forward more times and it is that positive footwork that the Sri Lankans found hard to breach.

The friendly batting wickets also helped a great deal and the scoring rate was fairly quick. It only took 298 balls to get to his double-century. After capitulating time and again down under, the middle and lower showed stoic resistance and surprisingly, flair. The batsmen went with a no-holds barred approach and each of them made a significant contribution.

If one has to compare the knock against Australia and the current one, this has been far more effortless. While Root survived and grafted to his hundred and then raced away, the innings had a steady tempo throughout and never looked vulnerable at any point. 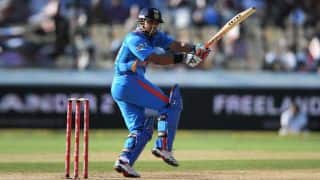 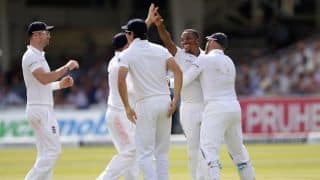