John Raphael obituary in the Marquis de Ruvigny s Roll of Honour ends with the words, If character is destiny, then his is assured , which is the dedication in the front of his posthumously published book Modern Rugby Football.

The original quote from the Greek philosopher Heraclitus reads . Freely translated into English, it is represented as Character is Destiny . A pamphlet entitled Epitaphs of the Great War has this to say: The original quote comes from Heraclitus (c.535-475 BC), the meaning being that a man s character shapes his fate. The words appear on Jack Raphael s headstone inscription in Lijssenthoek Military Cemetery, and on his memorial in St Jude s Church, Hampstead-Garden-Suburb. His obituary in the Marquis de Ruvigny s Roll of Honour ends with the words, If character is destiny, then his is assured , which is the dedication in the front of his posthumously published book Modern Rugby Football.

John Jack Edward Raphael was born into the Jewish family of Albert, a multi-millionaire financier, and Harriette Raphael on April 30, 1882 at Brussels. Albert Raphael was part of a banking dynasty that was reported to have been a rival to the Rothschilds at the time. Jack was an only child, very lovingly raised by his doting parents.

Jack had his schooling from Streatham School, and later from Merchant Taylors School, an exclusive British independent private day school for boys, originally located in London. He played in the School cricket XI from 1897 to 1901, heading the batting averages in 1898 with 23, and taking 32 wickets at a cost of less than 9 runs each. The archives show that he played 23 games for his school, exhibiting commendable batting abilities as his 6 centuries (two of them above 150) show. He matched this with 6 five-wicket hauls, his best fetching him 7 wickets. Adding 18 catches to the tally, we find an exceptionally gifted young cricketer. Having matriculated, he left the cosy confines of school cricket in 1901.

That he was a promising prospect is evident from the fact that he was playing for the Surrey 2nd XI while still in school, and doing fairly well against a slightly higher level of opposition. He made his First-Class debut in a match for London County (the brainchild of WG Grace) against Leicestershire in 1901, having just left school.

Under the watchful eye of the Father of English cricket himself, skipper of London County, the rookie was able to give a fair account of his abilities with scores of 8 and 35 and 2 catches. Leicestershire won by an innings and 45 runs. Raphael took the first wicket of his 3 career wickets in this match when he bowled Samuel Coe for 8.

In parentheses, it may be mentioned that this was the Coe who had made an unwelcome niche for himself in cricket history by becoming the first English player to be dismissed off a googly when, in a match against Middlesex in 1900, he was stumped by William Robertson off the bowling of Bernard Bosanquet from a ball that had reportedly bounced four times.

He played 5 matches for London County till 1902 before making his debut for Surrey against Oxford at The in 1903 in a 12-a-side match. Surrey won by 9 wickets with Raphael producing scores of 34 and 18*.

Raphael went up to St. John s College, Oxford, to read History and was an undergraduate from 1901 to 1905. While at Oxford, he blossomed in multiple sports, gaining 14 Blues, 4 for Rugby, 3 for cricket, 3 for swimming (he was the President of the Oxford University Swimming club in 1904), and 4 for water polo.

Raphael gained his first Rugby Union cap for England as an undergraduate in 1902, going on to represent the country on 9 occasions till 1906 as a centre, winger, or full-back. In 1910, he was captain of the British Lions tour of Argentina that included the host country s inaugural Rugby Union Test.

Having arrived at Oxford with such a high reputation as a schoolboy cricketer, Raphael disappointed in his early games at Oxford after 47* in the Freshmen s game in 1902. For some inexplicable reason, he suffered a serious slump in form to the extent that he was not selected by the University for any First-Class match in this period. His performances for Surrey while he was at Oxford, however, stood him in good stead, and he was given a trial for the University against Sussex in 1903. Raphael opened batting in both innings in this, and his scores of 17 and 65 may have given the authorities some confidence in his abilities. This match earned Raphael his first cricket Blue.

Raphael established his cricketing credentials with the University in the Derby game against Cambridge at Lord s in 1903. His 130 at the top of the order in the first innings, his maiden First-Class century, paved the way for a victory for Oxford by 268 runs. This maiden century proved to be a sort of catharsis for Raphael and he began 1904 with 80 and 48 against Gentlemen of England (led by Shrimp Leveson Gower) at Oxford, allowing the University to win by 6 wickets.

Raphael achieved his highest First-Class score in the match against Yorkshire in 1904. In a high-scoring draw, he opened innings and scored 201 (in 270 minutes) out of a total of 374 against an attack that included Wilfred Rhodes, George Hirst, Schofield Haigh, William Ringrose, and Hubert Myers. This innings of 201 was the first double-century scored for Oxford in the 20th century, and the first for Oxford against Yorkshire.

Runs began to flow from his bat with greater regularity after this, and he ended up playing 19 matches for Oxford, scoring 1,428 runs at an average of 40.80. He had 4 centuries and 5 fifties on behalf of Oxford. In the match against Cambridge in 1905, Raphael was dismissed for 99 in the first innings, narrowly missing Norman Yardley s achievement of scoring 2 centuries in the Derby matches.

He was called to the Bar in 1908 and was by profession a Barrister. He had a brief brush with politics when he contested Croyden for the Liberal Party in a 1909 by-election, being defeated by Sir Robert Trotter Herman-Hodge, Bart., the Unionist candidate.

Among his other sporting activities, mention must be made of his fondness for mountain climbing. His name was mentioned by mountaineer Geoffrey Winthrop in The Grace of Forgetting: J Raphael, the football player, whom I took to Wales to climb, and who ran hard up the steep sides of all his mountains, springing on his toes, and explaining to me that really was the correct way to climb.

With the outbreak of World War I, he enlisted at London in October 1914 and was gazetted to the 9th Duke of Wellington s (West Riding) Regiment with the rank of 2nd Lieutenant. He was subsequently transferred to the 18th King s Royal Rifle Corps raised by his cousin Sir Herbert Raphael, and promoted to Lieutenant in December 1914. In October 1915, Raphael was appointed ADC to Major-General Sir Sydney Lawford, KCB, 41st Division.

John Edward Raphael died at No. 10 Casualty Clearing Station on June 11, 1917 aged 35, from wounds received in action on June 7, at St. Eloi, during an attack on the Damnstrasse, Wytschaete-Messines Ridge, the attack killing his batman instantly.

A Staff Officer, who was with him when wounded, wrote: I have seen many men in many parts of the world under all sorts of conditions, but never in my experience have I been so impressed by such a magnificent display of sheer pluck and unselfishness. During the three days he lived he was bright and cheerful, never talked about himself, but was very concerned about his servant, his groom, his horses, and everything but himself. He was buried in the Military Cemetery, Lijssenthoek, near Poperinghe.

There is a heart-wrenching addendum to the saga of Jack Raphael, first revealed by Lesley Bellew in The Daily Express on March 27, 2014. It seems that on one chilly afternoon in 1929 an elegantly dressed elderly lady had made a visit to the cemetery at Lijssenthoek and sought out head gardener Walter Sutherland.

It was Mrs Raphael, Jack Raphael s mother. Having lost her husband recently, she had a request to make: when she died she wanted her ashes to be buried in her only son s grave. She knew this was strictly against The War Graves Commission s rules, which was why she went directly to the gardener and not through any official channels. She died thirteen months later and the gardener, on receiving the parcel containing her ashes, promptly complied with the late Harriette Raphael s request so that mother and son could be forever together in the hereafter 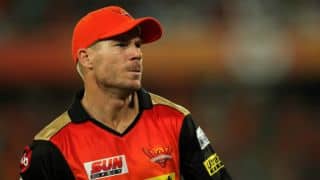