One does get the feeling that Jonathan Trott had a lot more in store waiting for him.

Jonathan Trott’s sudden retirement from international cricket brings a sad and swift end to one of England’s greatest No. 3 batsmen. Amit Banerjee feels that excessive pressure got the better of Trott and prevented him from making a proper comeback into international cricket during the recent West Indies tour.

Cricket has witnessed many inspirational comebacks. Be it Sourav Ganguly,  who made his way into the Indian team one-and-a-half years after being axed as the captain. Or that of a Mitchell Johnson, who took the cricketing world by storm with a fearsome spell of fast-bowling in the 2013-14 Ashes after being subjected to taunts by fans in tournaments prior to it. The gentleman’s game has a lot of stories, which can inspire the best of us. Read: Jonathan Trott retires from international cricket

The case of Jonathan Trott, however, is one that saw the decline of a great talent, one that failed to make an international comeback after battling depression, and eventually hanging up his boots. The South Africa born-batsman held the promise of being one of the greatest English batsmen of all time, and could have achieved a lot more had it not been the pressure of performing that eventually got the better of him. Read: Mediocre England have plenty to worry about ahead of New Zealand, Australia series

Trotty, as his team-mates call him, stormed into the English domestic setup after emigrating from South Africa with a knock of 134 for Warwickshire against Sussex on debut. It was the start of Trott’s flourishing career with Warwickshire, for whom he has scored 8,575 runs at an average of 46.35. However, he will be remembered for his century on Test debut, which occurred during the fifth and final Test against Australia in the 2009 Ashes. The ton played a major role in England’s victory in the match, as well as their 2-1 series win. Read: Authorities must take serious look at depression levels

Over the coming years, Trott established himself as the No.3 mainstay and a reassuring presence at the crease, scoring more than 3,000 runs in that position and being the only England batsman other than Wally Hammond to do so.

Top 10 England players batting at No. 3:

He transformed into the batsman that England could rely on to pull the side out of trouble, mainly due to his perfect mix of technique and temperament. He went on to achieve flying colours in the coming years, especially during the 2010-2011 Ashes where he scored 449 runs in seven innings at an average of 89. Read: Jonathan Trott’s problems highlight why depression is common to cricketers

Nonetheless, Trott was a victim of mental illness and fatigue during the ill-fated 2013-14 Ashes, which led to his premature departure from the series. The impact of the mental illness was such that it kept him out of international cricket for more than a year. The news of him making his way into the squad for the tour of West Indies would have given him hope for the revival of his career. Ashes 2013-14: Jonathan Trott pulling out of tour is a body blow for England

That unfortunately was not to happen, as Trott could manage only 72 runs from six innings at a below-par average of 12, including three ducks. There were several reasons behind the failure in the series, whether it was his selection as opener alongside skipper Alastair Cook despite his being a specialist at the No. 3 slot, and the pressure attached to it. Read: With Jonathan Trott’s retirement, will England finally select proper opening partner for Alastair Cook in Tests?

One does feel for Trott, who may not have been able to cope with the pressure that the selectors may have exerted on him in order for him to save his spot in the national side. Mental illness, especially depression,  can often have long-lasting effects on a person, and it had clearly eaten into Trott’s psyche.

In recent times, the England and Wales Cricket Board (ECB) has not been the happiest of organisations in the cricket world. From the axing of Kevin Pietersen and the removal of Alastair Cook from the One-Day International (ODI) squad ahead of the ICC Cricket World Cup 2015, ECB has been doing more harm than good. Who knows, maybe a few more opportunities in international cricket, or proper psychological counselling could have helped the struggling batsman’s case.

While Trott retires with impressive averages in both Tests and ODIs (44.08 and 51.25 respectively), one does get the feeling that he had a lot more in store waiting for him. Nevertheless, Trott has the chance to further his achievements with Warwickshire, where he built the foundation of his career from and for whom he will continue to play in the County Championship. 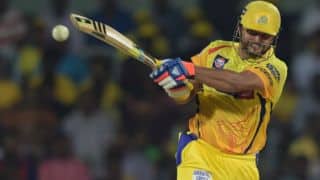