23-yaer-old wicketkeeper Jos Buttler could be the flag-bearer of England's future.

England finally won their first match of the ongoing tour of Australia on January 24, 2014. They beat their old rivals by 57 runs in the fourth One-Day International (ODI) in Perth to end a 10-match losing streak in international cricket. In this tour, they lost the Ashes 0-5 before losing the first three ODIs. The ODI series was lost, but won’t care as they needed a win somewhere. Ben Stokes was the obvious star in the victory with both bat and ball, but Jos Buttler shone brilliantly again to carve out an important win.

The wicketkeeper-batsman has done remarkably well for England, especially with the bat, for about a year now. He is a genuine batsman who can also do a fine job behind the wickets. His glovework is not the greatest, but in the shorter formats it will do for now. His batting, though, is absolutely brilliant to say the least. For someone who has played 23 ODIs, Buttler has a mind-blowing strike-rate of 131.41. That is a number many would say is very good in Twenty20 cricket. In T20Is, his strike-rate is 148.95.

One can see that Buttler is a highly fast-scoring batsman. He generally comes at No 7 and has the responsibility to smack a lot of runs in very less time. He did exactly that against Australia in the fourth ODI at the WACA. He came in at an interesting time for England on Friday. The score was at 216 for five in 39 overs. England had the momentum of the scoring-rate but had also lost half their side. The onus was on Buttler to get them to a competitive total.

Buttler first put together a 71-run partnership at over eight runs an over with the in-form Eoin Morgan for the sixth wicket. Buttler scored 48 of these runs. Once Morgan departed for 33, Buttler took charge. He added another 25 runs at 11.53 runs an over with Tim Bresnan for the seventh wicket. Buttler scored 23 runs in the partnership. In all, Buttler had bludgeoned his way to 71 off 43 deliveries. He smashed six fours and four sixes in his thrilling innings. This helped England post a total of 316 for eight.

Stokes had scored 70 off 84 earlier and then came up with figures of four for 38 to help England win. But Buttler played his part too. He caught five catches in the Australian innings. In doing so, he became only the eighth wicketkeeper-batsman to score a half-century and affect five dismissals in an ODI. His confidence in his wicket-keeping must surely have gone way up after such a performance. Stokes got the Man of the Match award, but Buttler was the unsung hero for an England side desperate for a win.

This is not the first occasion that Buttler has showcased his batting skills. In the first and second ODIs of the ongoing series, Buttler impressed with the bat. In the first ODI in Melbourne, he scored a quick-fire 34 not out off 24 deliveries. In the second ODI, he scored 49 off 36 deliveries. England lost both matches, but the important thing to note is that Buttler seems to get these stack-full of runs at a very quick pace and does it quite regularly. This is a very positive sign for England.

Buttler recently shifted to Lancashire from Somerset to ensure he gets more wicket-keeping opportunities in County cricket as his former side already had Craig Kieswetter in their ranks. This can only help him become better with his behind-the-stumps skills. Buttler has age on his side as he is only 23 years old and he could very well cement his place in the England limited-overs teams heading into the future. England are struggling in their wicket-keeping department in Test cricket with Matt Prior horribly out of form and Jonny Bairstow being unproven.

England should not, though, force Buttler into the Test arena quickly as his batting technique could get found out and that might hamper him in the limited formats. He should be allowed to improve his glovework in the longer formats with Lancashire and then if there is a necessity in the England Test-fold, he could be brought in. The reason for this is that Buttler is a real talent and he should be guided properly and only then will he realise his potential. For now he should only focus on the limited-overs formats for England. 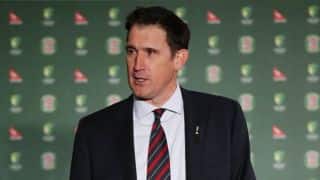 Neil Johnson: One of Zimbabwe’s finest cricketers who dazzled in the 1999 World Cup