Justin Bieber’s debut album Baby, released in 2010, received many awards. In the same year, Stuart Broad added a world-record stand of 332 runs with Jonathan Trott for the eighth wicket at Lord’s.

Stuart Broad has a cute, childlike face. He tried to sport a beard to look dashing and rowdy, but he looks nothing less than a chocolate hero in a romcom movie. Although these attributes do not portray the traits of a fast bowler who can run through sides, there is more to it than it appears. He had once destroyed Australia, taking 8 for 15.

Broad, however, emerged from the ashes of 36-run over that Yuvraj Singh had plundered duringthe 2007 World T20 and rose to become the second-highest wicket-taker for England in Tests.

His doppelganger, Justin Bieber, is less broader (yes, pun intended) in stature, but has a popularity of over 104 million followers on Twitter, making him the second-most famous personality on the platform. Adding more to the extravaganza, his girlfriend Selena Gomez aces the list of the most-followed individual on Instagram.

Bieber’s debut album Baby, released in 2010, received many awards. In the same year, Broad added a world-record stand of 332 runs with Jonathan Trott for the eighth wicket at Lord’s.

Tom Felton (yes, Draco Malfoy) may not look as charming as these two, but the hairstyle puts the trio in the same bracket. 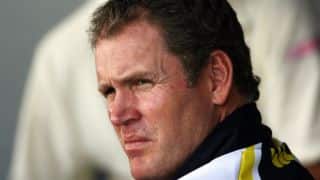