With all the talk of technology used in sport, the Pakistan Cricket team thought that they too would utilise some technological innovations to boost their efforts of winning the 2011 World Cup. Alas, as with the UDRS, their experiment with technology came unstuck – pun intended – in their group match against NZ.

When Kamran Akmal was asked about the two catches he missed, he was quick to point out that instead of the untraceable superglue that was supposed to be applied to his gloves the support staff had coated, his gloves with Teflon – the same Teflon that was to be applied on all players so that no betting charges could stick against them.

Reporters were not convinced by his claim. But looking at the angry Kamran gnashing his teeth, they let it pass. Kamran, it is learnt, has patented his dropped catches so that he could charge Intellectual Property Rights on all jokes made on the misses.

Kamran also claimed that he was disturbed by Shoaib Akhtar‘s attitude in the team meeting during lunch. Shoaib had vehemently argued with the team management’s decision to let Kamran bat one-drop. He said two-drop or three-drop is more apt.  Shahid Afridi claimed that the super glue was wrongly pasted on their shoes which made them immobile in the field and leaden-footed while batting.

Younis Khan actually had to take his shoes off while walking back to the pavilion after being bowled. He further claimed that a drop of super glue had some how made its way in their brains as well which led to a collective brain freeze in the last five overs of their bowling.

On being asked about Pakistan being a mercurial team he blew up. “Mercuryal, Mercuryal. All you guys keep on saying this about us. With so much mercury in the system, our minds are being slow poisoned. This defeat is partly because of you journalists.”Afridi added: “It’s all a big conspiracy against our team. That’s why we don’t want to play the quarter-finals in India. Who knows how they will sabotage our next games?”On probing, it became evident that Afridi’s allegations were nothing more than a figment of his imagination.

When quizzed, the support staff said, “No problems in having technology, the problem is with the instructions. It’s in Chinese!”

Moral of the story: Learn Chinese! 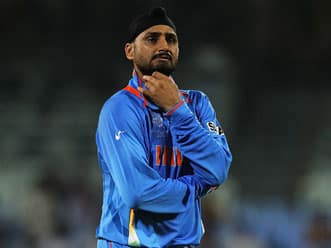