To his immense credit, Steve Waugh returned for the second Test at Galle that started 11 days after the Kandy Test.

The collision between Rory Burns and Moises Henriques rekindled memories of September 10, 1999 when, in a frantic effort to catch Mahela Jayawardene off Colin Miller, Steve Waugh and Jason Gillespie collided and crumpled in a heap. They were ruled out of the Test, and while Waugh was back for the next Test, it took Gillespie a long time to recover. Abhishek Mukherjee looks back.

There was nothing unusual about the build-up to the NatWest T20 Blast encounter at Arundel. Sussex had reached 141 for 7 in 18.4 overs when Steffan Piolet hit one off Tom Curran in the air between the circle and the fence. Rory Burns ran in from deep-cover; Moises Henriques ran from point; they were oblivious of each other’s attempt, and collided with each other at full pace.

Both men collapsed, and lay motionless for some time. It seemed Burns’ injury was the graver of the two, for he lay unconscious for a longer time. However, while he suffered injuries on the face, Henriques’ jaw was fractured in three places. Surrey and Sussex decided not to continue with the match.

Vivid memories of September 10, 1999 came to my mind, when something similar had happened to Steve Waugh and Jason Gillespie.

Steve Waugh won the toss, and ten balls into the match the openers — Michael Slater and Greg Blewett — were back in the pavilion without opening their accounts. Australia became 16 for 4; Waugh and Ian Healy tried to counterattack, but things looked hopeless at 60 for 7. The left-arm seamers, Chaminda Vaas and Nuwan Zoysa, had taken three apiece.

Gillespie then dug his nose in, scoring 41 and helping Ricky Ponting (96) put up 107 in 211 balls. Muttiah Muralitharan dismissed both men to finish with 4 for 63, and Australia were bowled out for 188. Sri Lanka lost Sanath Jayasuriya, and off the last ball of the day, Russel Arnold. Marvan Atapattu fell early on Day Three, and suddenly Sri Lanka were 70 for 3.

Aravinda de Silva and Mahela Jayawardene batted responsibly, taking the score to 139 after 38 overs. Then Colin Miller ran in, bowling his off-breaks. Mahela went for the sweep, but it took the top-edge.

Gillespie ran in from deep square-leg, as did Waugh from square-leg. Whether they called for the catch or whether anyone shouted a word of caution is undocumented. Waugh probably saw Gillespie at the last moment and tried to duck, but it was too late.

What the crowd saw was a dreadful collision, resulting in the men sprawled on the ground, Waugh covering his face, Gillespie grabbing his shin. Waugh had crashed into Gillespie’s foot.

They lay on the ground for what seemed like ages. Aravinda and Mahela ran two, oblivious of the situation. Then they saw the Australian fielders converging around the injured men, and followed suit.

Waugh finally got on to his feet and left the field, nose plastered, head draped in a towel. Gillespie, unfortunately, had to be carried off. They had to be rushed to Colombo Hospital, and there was only one way to go about it. Neither of them took further part in the Test.

Wisden wrote: “The drama of Test cricket rose to new heights as the sound of a helicopter filled Asgiriya Stadium. Reminiscent of a scene from Apocalypse Now, the machine had appeared, dark green and menacing, over the adjoining hill, out of tropical vegetation, and play stopped as it swept low over the back of the ground, touched down briefly, then headed towards Colombo.”

Ponting (51) was the only one to put up a fight the third morning for the eighth (last) wicket, adding 41 with Glenn McGrath. Set to chase 95, Sri Lanka were reduced to 60 for 4 by Miller (who opener bowling with medium-pace and later switched to off-breaks) but Aravinda and Arjuna Ranatunga saw them home.

– To his immense credit, Waugh returned for the second Test at Galle that started 11 days after the Kandy Test had come to a premature finish. McGrath snared Jayasuriya off the first ball, and Sri Lanka were bowled out for 296. However, Murali and debutant Rangana Herath earned them a 68-run lead before rain washed out the Test.

– At SSC, Australia were on top for the first time in the series. Ponting’s hundred took them to put up 342. Once again Jayasuriya fell for a golden duck to McGrath, but once again rain washed out the Test with Sri Lanka reeling at 61 for 4.

– Gillespie did not play another Test till December 2000.

– Australia played their next Test against Zimbabwe at Harare, which started their record-breaking streak of 16 successive Test wins.

– The match remained Sri Lanka’s only Test win against Australia, home or away, till 2016. 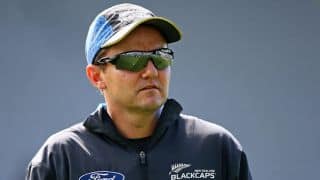 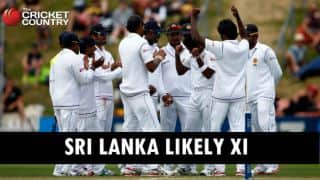