New Zealand have already been touted as one of the favourites to lift the Cup.

In the second One-Day International (ODI) against Pakistan at Napier, Kane Williamson amassed another century. That he has struck such golden form with the ICC Cricket World Cup 2015 just days away consolidates New Zealand’s chances to lift the coveted trophy that has eluded them all these years. Rishad D’Souza looks into the little man with voracious appetite for runs.

Kane Williamson is an elegant stroke-maker. He possesses an ability to bisect gaps in the infield with utmost precision and see the ball hum away to the boundary line. When Williamson is at the crease, you rarely witness power, you see grace. There is always a sense of excitement when he wields the willow, but the pre-dominant sense he arouses is that of serenity.

These qualities are often the hallmark of a batsman who is capable of steadying the ship, of reliability, dependability but never quick-scoring. Williamson’s style, however, is deceptive. Without much struggle, he scores at more than run a ball. In a crunch-match situation, the fielding captain is likely to focus his energies on restraining a bludgeoning Brendon McCullum. But Williamson lulls them into a false sense of calmness, like he does to all of us watching.

Williamson’s batting rarely takes on an aggressive avatar; not because he is limited by ability to take that route, but more because he doesn’t need to. At Napier, against Pakistan, Williamson scored 112 of 88 balls, which by ODI standards is quick. At no point, however, did he appear hurried, just busy.

It is this ability of Williamson — to stay reliable and dependable, but also unnoticeably quick — that makes him an enormous danger to opposition sides. Williamson has the prized power to radiate his calmness into his batting-partners. He almost always looks so assured and confident at the crease that the batsman at the other end is bound to be relieved, which is why Williamson is often involved in big partnerships. Against Pakistan, he was involved in two big partnerships; he first stitched a 128-run partnership with Martin Guptill and then together with Ross Taylor added 79 runs, helping New Zealand to 369 runs.

In his previous 16 ODI innings, including the one against Pakistan at Napier he has scored 1114 runs with an average of 74.26 with three centuries and getting out twice in the nineties too. Those runs have poured in from distinguished corners of the world against various teams. Numbers suggest that he has been in extraordinary form over the period of more than an entire year and there’s no reason to believe that he won’t carry this form into the World Cup.

New Zealand have already been touted as one of the favourites to lift the Cup at the quadrennial event and with Williamson slipping into a state of run-scoring frenzy, they are that much more likely to create history. If he continues in this fashion, he will guide New Zealand to the top and others may not even realise anything struck them.

He has done a lot for the Black Caps and shows promise for a lot more. His rise as an individual batsman has coincided with his teams batting rise on the whole. Given his ability to remain calm and radiate it through the others, the parallel rise in his individual performances and the teams’ may not be all co-incidences afterall. He’s still too young to bear the title of legend, but he’s sneaking towards it silently but unnoticeably fast. Nepal cricket seek help from India, despite offer from PCB 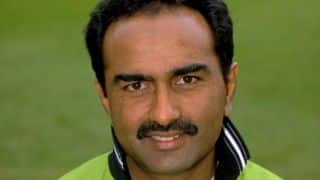