Karnataka will be the first team after Mumbai to win Rajni Trophy thrice in a row.

Karnataka go into Ranji Trophy 2015-16 full of confidence having already won the last two editions. Vinay Kumar has led the team brilliantly and Karnataka will be looking to become the second team after Mumbai to do a hat-trick of titles. Karnataka are not short of talent and have a brilliant all-round squad. They will miss Stuart Binny, who has been selected in the Indian team for the upcoming series against South Africa. Karnataka have excellent batsmen at the top of their batting line up, with the likes of KL Rahul, Karun Nair, Robin Uthappa and Manish Pandey. CM Gautam, who had captained Karnataka in the recent match against Bangladesh A, is also a threat. READ: Ranji Trophy 2015-16: Sanju Samson’s litmus Test as Kerala captain

As far as bowling goes, Abhimanyu Mithun and Sreenath Aravind will lead the bowling along with Vinay Kumar. Shreyas Gopal had an excellent season last year, having picked up 28 wickets with his leg-spinners. Vinay Kumar finished as the joint-leading wicket-taker with 48 scalps; and will once again be Karnataka’s key player in this campaign.

Aravind and Mithun will play second fiddle to him, but with 81 wickets between them the previous season, they cannot be taken lightly. As for batting, Rahul would have grown in confidence especially after scoring yet another ton for India during their recent tour of Sri Lanka. He will be entrusted to get Karnataka off to a good start every time. With Uthappa, Pandey and Karun making the middle-order, Karnataka have very few things to worry about.

But with Rahul most likely to be picked in the Test series against South Africa, Uthappa might have to open with Ravikumar Samarth from November. Aravind and Karun will be available only after the T20I series against South Africa as well. Karun made it to the India squad for the final Test against Sri Lanka but did not make it to the playing XI. If there are a few injuries, Karun may be called to the Indian squad again, leaving a huge hole in the Karnataka middle-order.

Karnataka have been drafted in Group A, along with Assam, Bengal, Vidarbha, Haryana, Rajasthan, Odisha, Delhi and Maharashtra. Karnataka’s first match is against Assam on October 1, and they take on Bengal the week after that. Since most group matches are to be played at the Chinnaswamy, the hosts will be looking to unsettle the opponents with green tops, which will assist fast bowlers. This is where the bowling trio of Vinay Kumar, Mithun and Aravind can come in handy.

All in all, Karnataka have enough depth in their squad to go all the way once again and retain the crown. A couple of mouth-watering ties — especially against Bengal and against Delhi — await them; and Karnataka must be cautious against them. 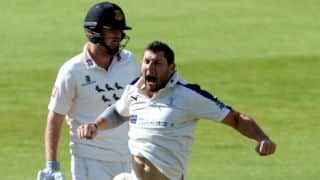 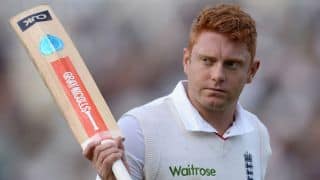 Jonny Bairstow nominated for PCA Player of the Year Award