Keith Fletcher, born May 20, 1944, was one of England’s finest cricketing brains. Although he captained on just seven counts, he was an able advisor to the likes of Tony Lewis and Tony Greig. Karthik Parimal looks back at the career of this shrewd cricketer. 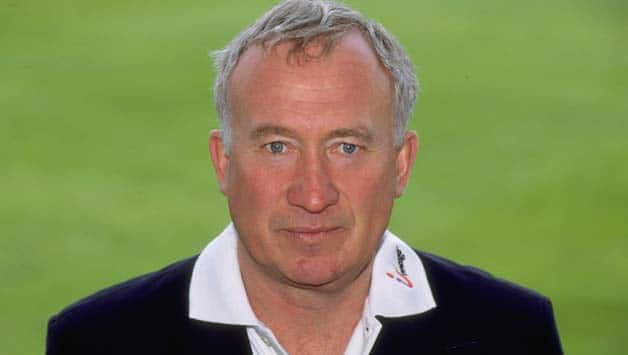 Keith Fletcher, born May 20, 1944, was one of England’s finest cricketing brains. Although he captained on just seven counts, he was an able advisor to the likes of Tony Lewis and Tony Greig. Karthik Parimal looks back at the career of this shrewd cricketer.

The apt term to describe Keith Fletcher’s career, in English colours, would be sinusoidal. As a player, he began in the troughs before staging a fine comeback, whereas his tryst with captaincy towards the later stages of his career made for a sombre story. Nevertheless, 59 Tests and 24 One-Day Internationals (ODI) provide evidence of the fact that he was an integral part of the English side, one who was gifted with the ability to make good judgments and quick decisions, which often made him a captain’s go-to man. Nonetheless, very few would have expected him to scale peaks after the initial fumble.

At the age of 17, Fletcher began his First-Class career, donning the whites for Essex. He soon became the team’s mainstay, owing to his prowess with the bat, but was on the fringes for seven years before breaking into the national side. This, it was believed, was primarily because he, more often than not, refrained from calling the shots. However, as his fellow teammate Mike Brearley puts it, Fletcher’s failings were mere peccadilloes, for soon his shrewdness, tenacity and perseverance came to the forefront. His first Test is a fixture that will always be remembered.

Having made the cut ahead of Yorkshire’s Phil John Sharpe for the fourth Test against Australia, he took field amidst a chirpy Headingley crowd, who had left no stone unturned to express the way they felt about the snub. This was not helped by the fact that he grassed straightforward opportunities in the slip cordon, before registering a seven-ball duck in the first innings. One could not have asked for a more frightening debut. Nevertheless, an unbeaten 23 in the second innings followed and that attenuated the hostile voices to an extent. But he waited for a good 20 games before collecting his first Test century. Keith Fletcher in action during the Prudential World Cup match between England and India at Lord’s on June 7, 1975. This was the first-ever game in cricket World Cup history. Fletcher scored 68 and added 176 for the second with Dennis Amiss © Getty Images

Purple patch and leading the side

Averaging just over 26 after his first 20 Tests, Fletcher took off thereafter. He pummelled a hapless New Zealand side and was one of the very few English batsmen to have stood up to the might of the West Indies in the following year. He amassed 1608 runs at an incredible average of 55.44 during the next two seasons. “In these two series Keith displayed considerable skill and character, but without ever quite showing all the elegant fluency which he is capable of producing. At his best he can be among the most exciting stroke-makers in the world but he was forced by circumstances to content himself with the occasional shot of genuine class and, a savage, perfectly judged assault in the New Zealand match on the unsuspecting Pollard,” noted Wisden, in its description of the batsman as the 1974 Cricketer of the Year.

Despite being perceptive, tough and respected by the team, and despite being an able advisor to both Tony Lewis and Tony Greig — captains he played under, Brearley beat him to the prestigious post in 1977. Once his tenure came to an end in 1981, Ian Botham was handed the responsibility for a brief period, but once it became evident that he wasn’t suited for the task at hand, Fletcher was asked to lead the side to a tricky tour of India and Sri Lanka. It was here he copped a fair bit of criticism, for he indulged in tactics that were negative, resulting in a six-match series featuring a 1-0 scoreline, that too in favour of India. After leading England to victory in Sri Lanka’s inaugural Test, he was dropped for good. Fletcher was a composed personality. But, on a few occasions, he uncharacteristically failed to keep in check his emotions during a forgettable tour of India. Irked by horrendous umpiring, he tapped off the bails with his bat. The incident didn’t go down well with the powers that be. Then, in the Calcutta Test, he refused to take his team off the field when the umpires suspended play for bad light, as he clearly felt otherwise.

In another series, as Brearley recalls in his book The Art of Captaincy, he accidentally set off a fire-extinguisher after reacting to a dubious leg before wicket [lbw] decision, whose contents emptied themselves into one of the dressing rooms. However, the negative strategies he employed got under the skin of the head honchos the most. Upon returning home from sub-continent, he was stripped off the captaincy as he showed no mettle or assertiveness under pressure.

Despite all this, it is said that he got along well with the unit, and players under him always felt his considerateness. He finished his career with 59 Tests and 24 ODIs, collecting 3272 and 757 runs in the formats respectively, and he also led Essex to three county championships.