Kevin Pietersen will get time to concentrate on taking his career beyond playing for England.

While the whole world is busy arguing whether it was right for the England and Wales Cricket Board (ECB) to end Kevin Pietersen’s England career, Sudatta Mukherjee argues that the 33-year-old will now get time to develop himself as a better player and will soon find himself back in the team.

It may be too optimistic to believe that Kevin Pietersen still has the chance of returning to England team after all that has happened over the last few years, one has to remember it is simply impossible to let a player like to sit back and enjoy life away from England team. Pietersen, 33 years old, has got at least another four or five years of cricket left in him.

However, his cold war with the ECB goes beyond cricket and the latest incidents might just have been the tipping point. Now that Pietersen will be away from playing for England, he will get time to concentrate on taking his career beyond playing for England.

Pietersen can play more of Indian Premier League (IPL), Big Bash League (BBL), Caribbean Premier League (CPL), etc. and earn more than what he earned playing for England. It is not only that, either: he will not have to answer the ECB why he has ignored national duty to play cash-rich Twenty20 leagues.

His antics might have made him lose more than what he had deserved but there is no doubt the England team, already clueless about their future after a terrible Australian tour, needs Pietersen

As Lalit Modi has already indicated, Kings XI Punjab (KXIP) is already keen on getting him for the IPL. With his round-the-calendar availability Pietersen may turn out to be the hottest property under the Sun for the Twenty20 leagues all around the world.

Besides, even if Pietersen would have made a few fans into foes over time with his travel around the world, he will make more fans than he had made earlier. Ultimately, the loss will be ECB’s rather than Pietersen’s. He can also concentrate on playing more First-Class matches as well. All in all, the winner will be none other than the tall man from Pietermaritzburg.

One shouldn’t be surprised if Pietersen next opts to play for Netherlands, Ireland or even Australia or South Africa (and given their current batting woes against fast bowling, India). And why would a Netherlands or an Ireland refuse him?

His antics might have made him lose more than what he had deserved but there is no doubt the England team, already clueless about their future after a terrible Australian tour, needs Pietersen.

Out of the 39 international matches that England has played the team has lost 22 matches. They have lost seven of their last 13 series (combined Test, ODIs and T20s). This speaks volume about the young brigade — quite a few of which will perhaps be coined “The next Kevin Pietersen”.

With the Twenty20 World Cup a month away and the ICC World Cup 2015 almost knocking on the doors, England needs to rebuild their team as fast as they can. The team and the management has a lot of work on their plate, especially with Alastair Cook’s confidence going down and with the task of finding a capable new coach in their wish list. But before that, it will be interesting to see, how England does in another ICC World T20 without Pietersen in less than two years. For Pietersen, he is a free man now and can enjoy the title of ‘freelance cricketer’ more than anyone. 11 spats between players and management 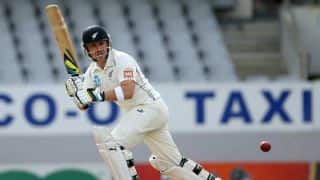