Pietersen became England's highest run-scorer and helped them win quite a few series across the globe.

Kevin Pietersen has been both hero and villain for English fans since he first burst on to the scene. This trait of his coincides with that of Severus Snape, a fictional character from the Harry Potter series. Nikhil Popat goes deeper and finds out more similarities between the two mavericks.

Severus Snape! Mention his name to any fan of Harry Potter, and the image that comes to mind is that of a tall man in a black cloak, with greasy hair and a long poking nose (in other words, Alan Rickman). That is exactly how England and Wales Cricket Board (ECB) officials think of Kevin Pietersen, the champion who is still the highest run-scorer across formats for England in international cricket. READ: Kevin Pietersen’s exclusion from England squad will not make a difference

Pietersen started his cricket with South Africa, playing for Natal Province before moving to England. He complained about the racial quota and how it hindered the progress of many other cricketers like him. Severus Snape, a Muggle-born, was also very stubborn and had a tough time at home dealing with his aggressive father. He too, like Pietersen, knew that he was special and it did get into his head by the time he had matured. READ: England, Kevin Pietersen and the farce in name of cricket management

Pietersen started superbly for England, hitting a magnificent 158 in the fifth Ashes Test in 2005 to help England regain the Ashes after 18 years. This was the first of many gems of his career. Snape, being brilliant at Potions (he outdid schoolbooks), was a master of Dark Arts (he invented spells) and was a very skilled wizard despite the bullying from his year-mates James Potter and Sirius Black. Both Pietersen and Snape were aware of their talents; this is not always a good thing. READ: Kevin Pietersen: The hero England need but do not deserve!

Both had trouble settling in: Pietersen had a fallout with former England coach Peter Moores the former Pietersen was handed the reins of English cricket. Snape too was guilty of not hearing the entire prophecy which was a defining moment in the entire Harry Potter series.

Pietersen had people misunderstanding him for everything he did. He could score runs, but his behavioral issues remained, and people still questioned his loyalty to English cricket. He would go and play foreign leagues and play his natural game; something the English establishment do not easily approve of.

Snape too regretted his actions and switched sides, but kept it a secret. While he always wanted to protect Harry from Voldemort, he remained close to The Dark Lord on orders of Albus Dumbledore to whom he confessed about the reasons for his switch. Snape had people from either sides enquiring and doubting his credentials.

Pietersen became England’s highest run-scorer and helped them win quite a few series across the globe. His brilliant hundred against India in Wankhede set up a 2-1 victory over the hosts. He was still doubted for his honesty and approach after he had a confrontation with Andrew Strauss, his former England Test captain. It is a mistake he is paying for even today, as Strauss, now Director of England cricket, has ruled out a comeback because he could not ‘trust’ him.

Snape too had to always establish and prove his loyalty to either side. He managed to convince both Dumbledore and Voldemort — the greatest wizards the world has seen — that he was on their side. He eventually moved to the good side for his love for Lily, to make up for his earlier mishap. Similarly, when Pietersen got a ray of hope from the incoming ECB chairman Colin Graves that he could return to the Test side if he did well in county cricket, he took bold steps. He scored a belligerent 355 for Surrey against Leicestershire, but it was not enough: the authorities had never trusted him. In more ways than one he was similar to Snape, who, despite his great acts, never had the backing from his colleagues at Hogwarts.

Pietersen did all that he could for his love, England, the way Snape did, protecting the son of his love, Lily. Unfortunately, both were misunderstood by all since no one wished to trust and understand them enough to realize that they might have acted villain but would remain heroes. 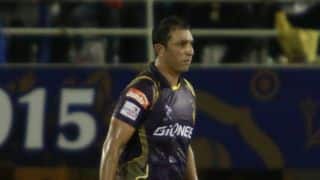