KXIP aim to defend their unbeaten run in the tournament so far and qualify for the final.

Kings XI Punjab (KXIP) take on Chennai Super Kings (CSK) in the second semi-final of the Champions League T20 (CLT20) 2014 which will be played at Hyderabad on Thursday. Varun Arora takes a look at the KXIP likely XI for the crucial knockout.

KXIP have won all the four matches so far while opponents CSK have had a shaky road to the semi-finals. KXIP will face an uphill task against to beat to beat CSK which is led by MS Dhoni. Following are the players thatKXIP is most likely to go with for the match.

Virender Sehwag: He has had a decent CLT20 with few starts and a half-century to his name but he has looked rusty. Sehwag fans would agree on this that he is not hitting the balls from the sweet spot but you never know when he starts the carnage. Sehwag is surely a bonus at the top.

Manan Vohra: The21-year-old Chandigarh lad is one of the highest run-getters in this edition of CLT20. He has the ability to score quickly without playing cross-batted shots. His only weakness has against been against the spinners. He has got the starts but has failed to multiply them into a big innings. KXIP will want him to make the most of the occasion.

Wriddhiman Saha: He has been a useful package for the KXIP team both with bat and ball. His tendency to apply gears to his batting has been a great help to the team. Saha can fire the cricket balls into the crowd and can also nudge balls away for singles. He is a key player at the No. 3 slot.

Glenn Maxwell: IPL 2014 saw Glenn Maxwell in a different avatar, he was flawless and unstoppable. But in this CLT20, he has shown a dodgy temperament and has failed to make most of the opportunities. He got a handful runs in the first match but after that he has struggled and he also presented his frustration in the last match. But with the reputation Maxwell carries you can never rule him out of the game. KXIP will wish that the six machine from Australia gets going.

David Miller: With scores of 0,46,40,16 Miller has had a decent run in CLT20. His ability to pull out the team from a tight situation is commendable.  Miller often comes to the crease with dual responsibilities of pushing up the run-rate and anchoring the innings. If he stays at the crease for few overs, KXIP will surely feel closer to winning the match.

George Bailey: The captain of the team is a chirpy character. With a shining smile, he is the most calm man on the field. His captaincy has changed fortunes for KXIP and his batting has also been instrumental for his team. Bailey will take charge of the team and the onus of taking KXIP through to finals lies on him.

Thisara Perera: A handy customer both with both bat and ball, Perera has cemented his place in the side in the absence of Mitchell Johnson. His batting skills have further strengthened the overall batting power of the team.  He has been expensive with the ball but has got wickets for the team. KXIP will rely on his power hitting down the line.

Akshar Patel: This young  cricketer form Gujarat has been a sensation for KXIP. He bowls economical spells and picks up wickets important wickets. He is a lean boy but also strikes it big with the bat. His 9 ball 23 run cameo against Barbados Tridents justifies his talent. KXIP highly depend on him to get four quick overs. He will be instrumental in the semi-final match.

Karanveer Singh: His bowling tells that he is an adamant youngster. He bowls flighted, juicy deliveries and goes for runs but comes back and fearlessly bowls the same tempting deliveries and forces the batsman to commit mistakes and goes with a bag full of wickets. This has been the story of Karanveer Singh so far. He has gone for runs but has a collection of prized scalps. Bailey will like to use him to the best use of the team.

Parvinder Awana: He has enjoyed a long extended stay with KXIP camp because of the wicket-taking abilities he brings. His bowling economy is a tad high but he still is dangerous and lethal on most occasions.

Anureet Singh: Anureet Singh was warming the bench in the IPL 2014 but has made most of the opportunity given to him in this CLT20. He has impressed everyone with his death bowling. The Railways bowler has cemented his place in the team due to his accuracy and economical spells. He will be given the responsibility to get some wickets for the team during the early overs. 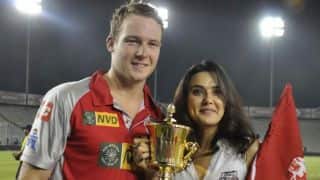 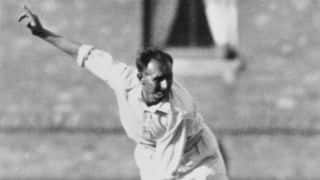