Kings XI Punjab sans foreign players challenge Zimbabwe for a series; Sanjay Bangar to stay back in the country

Kings XI Punjab sans foreign players challenge Zimbabwe for a series; Sanjay Bangar to stay back in the co

Preity Zinta made the announcement at the Mohali stadium and the fans of the franchises (yes, there are a handful of them) greeted the words with cheer.

Preity Zinta is keen to prove that she stands true to her married surname ‘Goodenough’. In a desperate attempt to prove her co-owned side is good enough, the Bollywood actress has challenged the Makhaya Ntini-coached Zimbabwe side for a Twenty20 (T20) series. Preity feels her co-owned Kings XI Punjab (KXIP), who lose almost everything in the Indian Premier League (IPL) are not the ultimate losers.

“I bet my boys that too without foreign players can beat the Zimbabwean side and if we do not, our coach Sanjay Bangar will himself on a tomato tree,”Priety told  the website before going on to challenge the Zimbabweans. ALSO READ: Did Preity Zinta abuse Sanjay Bangar? She denies, lashes back at journalist and the Coach backs her

Preity made the announcement at the Mohali stadium and the fans of the franchises (yes, there are a handful of them) greeted the words with cheer. Ballu Singh, one of the deployed police constables at Mohali for last two seasons eventually ended up becoming a fan because of boredom and duty reasons. He was among the fans present at the venue and looked delighted.

“Good that Priety ji realised something which even my dumb friends Santa and Banta did long time back and she didn’t. No foreign players means, no Mitchell Johnson, David Miller and Farhaan Behardien. Hopefully, now we will see an udta Punjab,” said Ballu.

Co-incidentally, CBFC chairman Pahlaj Nihalani was nearby and overheard this conversation. Hearing the last line, he came rushing to us drooling, with a scissor, looking for a cut. After a lot of coaxing when he finally understood (yes, he did) that the conversation was in a different context that he let us go.

During the IPL, there were reports of Preity using the ‘F’ work to KXIP coach Sanjay Bangar. Both denied reports but Bangar had a petrified look when he learned about the ‘tomato tree’ comment. Bangar, currently coaching the Indian side in Zimbabwe has been asked to stay back in the country by Preity as he will coach the touring KXIP. READ MORE: Breaking: BCCI rejects Makhaya Ntini’s application for Team India’s coaching role

Sources close to him have informed us that Bangar even has doubts if KXIP can beat Zimbabwe. Preity’s claim has bogged him down and Bangar is not only staying away from Ntini, who originally popularised ‘tomato tree’, but also has stopped eating the fruit altogether.

Meanwhile, the farmers of the poor country are continuing their protest in bid to save the fragile tomato trees.

One man however has no problems with nerves and that is Virender Sehwag. The KXIP mentor was asked by Preity on how he would help the side. Sehwag offered to come out of retirement and open, sing and also retweet everything related to the team.

South African cricketer David Miller has contacted Preity and pleaded of a place in the side. He was overheard crying over the phone, “I am just a border away”. He is free now and wants to play for KXIP, a side he led not long back. From ‘Killer Miller’, the former KXIP skipper is now a ‘Chill’er Miller’, and even has been left out of the South African ODI unit. We still do not know what fate is in store for him. 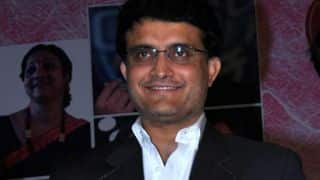