CSK managed to finish at the top in the IPL 2015 points table.

Chennai Super Kings (CSK) completed their league stage commitments against Kings XI Punjab (KXIP) with an impressive seven-wicket victory and cemented the top spot in the league table this season. The match was not a high-scoring one, but it did produce some notable moments. Ayush Gupta looks at the highlights from Match 53 at the PCA Stadium in Mohali on Saturday.

2. Akshar Patel top-scores with 32: With most of the batsmen failing to fire, it was Akshar Patel who came up with some healthy performances, hitting 32 off 29 deliveries, with a couple of boundaries and a six at a strike-rate of 110.34. IPL 2015: Complete coverage

3. The Akshar-Dhawan stand: Akshar and Dhawan put up a healthy 44-run stand in an otherwise dull KXIP innings. The duo ensured that KXIP reached a defendable total. With most of the top-order failing, Akshar and Dhawan helped KXIP cross the 100-run mark.

5. Faf du Plessis’ impressive knock of 55: Although CSK were off to a shaky start, it was South African middle-order batsman Faf du Plessis who played a good knock of 55 and made sure that CSK did not flounder in what was an easy chase. His 55 came off 41 deliveries, including five boundaries and a six.

6. Suresh Raina’s unbeaten 41: Apart from du Plessis, Suresh Raina too played a good hand, scoring an unbeaten 41 off 34 deliveries. He was also involved in a big 92-run stand along with du Plessis.

7. The du Plessis-Raina stand: Faf du Plessis and Raina added 92 for the third wicket, stabilising CSK after the early dismissals of Mike Hussey and Brendon McCullum. Both the batsman took charge of the innings from thereon and made sure that CSK got home easily. 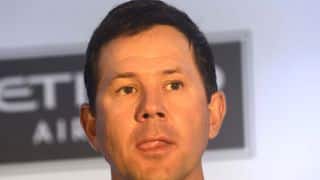