Vijay now the skipper of the side will really have to step up and play sensible innings.

With the group stage closing to its end, Kings XI Punjab (KXIP) who are at the bottom of the Indian Premier League (IPL) 2016’s points table take on Delhi Daredevils (DD) in Match 36 at Mohali on Saturday. KXIP who shocked Gujarat Lions by beating them at home went on lose their next fixture against Kolkata Knight Riders and thereby returning to their poor run in the tournament. Meanwhile, Delhi who were on a winning streak, having won five matches in their last six games were stopped by struggling MS Dhoni’s Rising Pune Supergiants. With the inclusion of Hashim Amla, who is set to make his IPL debut if selected in the playing XI on Saturday, Punjab have created a tiny chance for themselves to at least challenge the high on confidence Delhi. Here is the likely XI Murali Vijay would want to field when they face DD: Full Cricket Scorecard: Kings XI Punjab vs Delhi Daredevils, IPL 2016 Match 36 at Nagpur

Top-order: Amla is South Africa’s regular opener in the limited-overs cricket and he will fulfil the needed-experience on the top for Punjab with Manan Vohra can be sent at No. 3. Amla’s last six twenty20 Inetrnational (T20I) innings saw his excellent form at the moment in the shortest format of the game. He has the scores of 56*, 1, 5, 58, 97*and 69* and this shows he is a superb buy by the side. With Shaun Marsh being ruled out of the tournament with an injury, Amla’s form and experience will be handy in the remainder of the season for them.

On the other hand, Vijay now the skipper of the side will really have to step up and play sensible innings. He has just one fifty in the last four outings and he scored that half-century in his debut match as Punjab’s skipper. The team wants more of those knocks from him.

Middle-order: Wriddhiman Saha who has shown more mature innings when sent at the top will have to settle for the spot in the middle. Saha who has a hundred in an IPL final holds tremendous potential in him, however he has failed to justify it in the recent times, despite being given numerous opportunities. Although his scores of 24 and 33 in the previous two matches were positives about him regaining the lost touch which is required by Punjab at any cost. However Glen Maxwell’s firing in the previous fixture against KKR was something missing in Punjab all this while in the tournament.

Maxwell went after the KKR’s strong bowling attack with his 42-ball 68 but was not enough to help his side cross the line successfully. Next in line are the likes of Marcus Stoinis and former skipper David Miller. The latter was asked to step down as Punjab’s captain because he was not able to concentrate on his batting. Punjab’s head coach Sanjay Banger has admitted that Miller’s batting was suffering so it was best that captaincy was given to a more experienced player of the side.

Lower-order and Bowling: Gurkeerat Singh was in news because he was being ignored in the initial stages of IPL 2016. However he has a duck and 11 runs in the last two matches which is not good enough for him to retain his spot in the playing XI. It would not be surprising if he is dropped and the either Rishi Dhawan or Shardul Thakur is roped in. The latter was excellent in the previous season of domestic circuit and it is difficult to understand why Ounjab have not been including him in the team.

When KXIP faced KKR in their previous clash, it was the first instance in IPL when no wicket fell in the first innings. The likes of Mohit Sharma, Akshar Patel, Sandeep Sharma, Maxwell and other part-times have to step up if KXIP have to win any in the leftover fixtures in IPL 2016. Sandeep has been the most economical bowler among the regular ones in the side with seven wickets at 6.55 in eight matches. Although Mohit has bagged 10 scalps, he has been expensive as well. Akshar has complimented the pacers with chipping in with his share of eight wickets in the same number of matches as the two pacers. 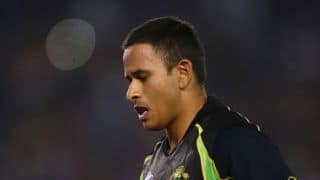 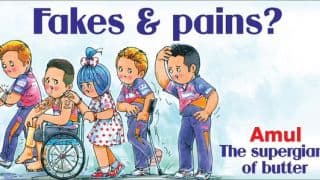