When one meets KL Rahul off the field, one can sense the discipline and commitment he shows in the middle.

KL Rahul is amongst the most impressive young cricketers in India. The Karnataka opener has solid technique and calm temperament that makes him one for the future. With India searching for opening batsmen in Test cricket, Nishad Pai Vaidya writes that Rahul could be an option for the upcoming tour of Australia.

The art of batting is so much about a batsman’s personality! The innate character of a player is often portrayed in the way he approaches the game with the willow in hand. The ones with this fire within have an aggressive streak, while the more subdued ones play with caution and hold fort. Then there are those who make up for the lack of talent with incredible grit — a reflection of their mental strength. Of course, there are exceptions to the rule! But, generally a batsman’s personality is portrayed in the way he plays.

One can easily say that about the young KL Rahul from Karnataka. Meet him off the field and you can sense the discipline and commitment he shows in the middle. He is calm, gives you a patient ear, and is articulate in his speech. Earlier this year, this writer approached him for an interview during the Ranji Trophy final in Hyderabad. Running a temperature that day, Rahul requested it to be held the next day. The next morning, Rahul battled it out under the sun and finished unbeaten on 94. That evening, he met as promised — despite a running fever and a tough day on the field of play.

You can see that trait in Rahul’s game. He has a classical technique that is built on discipline and patience. On Day Two of the Ranji Trophy final, he left the probing deliveries outside the off-stump, punished anything that was in his zone and added solidity to the Karnataka innings. He isn’t a flashy batsman, but is that dependable man in the Rahul Dravid-mould. Watching him bat is a pleasure as he brings in that old-world charm in this era where youngsters take a liking to more aggressive techniques.

Having said that, it isn’t that Rahul cannot score at a fair clip; he punishes the bad deliveries and can keep the tempo with the run-flow. His latest knock is evidence of that. On a tough track at Delhi, he managed to score 168 not out off only 205 deliveries. The next best score in the game has been an 80 by Robin Uthappa. The ball was moving around and Rahul dealt with the conditions very well. He imposed himself and kept South Zone in a commanding position.

Rahul has already been praised by some cricketing greats. He turns to Dravid for advice, who rates him highly. Dale Steyn, Rahul’s Sunrisers Hyderabad teammate wrote in his column for the Times of India earlier this year, “KL Rahul is, in my opinion, a man destined to play for India. He hasn’t quite scored the runs he would have liked this year, but I’ve seen a few batsmen in my career and he is serious class. I don’t believe in curses or jinxes which is why I’m happy to express my opinion about him. It may not happen this year, or even next, but I expect him to play for his country under MS Dhoni at some point.”

Last season, he scored over 1,000 runs at an average of 52.63 and played a huge role in Karnataka’s sweeping victory. The previous year as well he had averaged over 50. He was picked for India A this year for their tour to Australia, where he managed one fifty in two First-Class games. He has a good recent record and is in some great form. Perhaps this is the time the Indian selectors could consider him for higher honours.

India continue to search for the third opener. Murali Vijay is the only one who has settled into the role at the top. Shikhar Dhawan may still hold on to his spot as India embark on the challenge to Australia. On the other hand, Gautam Gambhir failed in England and the selectors are unlikely to put him on the flight to Australia. Virender Sehwag seems to be out of the reckoning as well. That leaves the selectors with Uthappa and Rahul. The younger Karnataka opener has a stronger case for Tests considering his technique and solidity.

But, would it be fair to throw a youngster into the big bad world of international cricket on an overseas tour? Sometimes, a gamble is well worth it. Come November 4, Rahul could find himself in the fray for a berth on the tour to Australia. 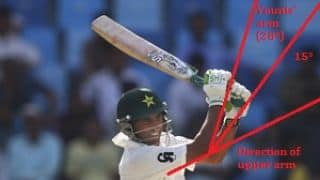