Kumar Sangakkara is unarguably the greatest cricketer to come out of the island nation and one of all time-greats of world cricket.

Born October 27, 1977, Kumar Chokshanada Sangakkara is a former Sri Lankan wicket-keeper batsman and a legend of the game. He is unarguably the greatest cricketer to come out of the island nation and one of all time-greats of world cricket. An elegant left-hander, Sangakkara holds numerous batting records in the modern era across all formats of the game. An equally efficient wicket-keeper, he holds the record for most dismissals in One-Day International (ODI) cricket as well. A well-educated person, Sangakkara s personality is defined by his education. On his birthday, Chinmay Jawalekar looks at 14 must-know facts from the life of the law student, who enriched the game by pursuing a career in it.

Sangakkara was born to Kumari Surangana and Kshema sangakkara in Matale and grew up in Kandy. His father was an attorney-at-law while mother was a housewife. His siblings sisters Thushari and Saranga and an elder brother Vemindra have been prodigious since their childhood and have achieved national-level laurels during their school-life.

Sangakkara met his wife Yehali when he was about 16-17 and has been with her for well over 20 years now. Without a doubt, it s been the best partnership of his life. The couple has twins, a girl and a boy: Swyree and Kavith.

Sangakkara has done his schooling at Trinity College, an elite private boys’ school situated in Kandy. He was the Head Boy of school and was also awarded the highest honour of Trinity College, the Ryde Gold Medal, for the best all-round student. He later pursued a degree in the Arts stream in 1996 and enrolled for a degree in Law at the University of Colombo, but was unable to finish it due to his cricket commitments.

Besides being good at academics, Sangakkara was good at sports as well as other extracurricular activities. He played a number of sports like badminton, tennis, swimming, table tennis and cricket during his school days and even represented his country in badminton, tennis and cricket at his younger age. Sangakkara was also a member of a choir and played violin while in school.

Despite being good at so many sports, Sangakkara started to look at cricket as a serious option after a timely advice from the then principal of his college, Leonard de Alwis, who advised his mother to encourage Sangakkara to concentrate on cricket. The rest as clich d as it may sound is history.

After excelling for his school s and club s cricket teams at different age group levels, Sangakkara was selected in Sri Lanka A team for a tour to South Africa in the year 1998 99. He produced a special knock of unbeaten 156 against Zimbabwe A in an ODI on that tour which led to his selection for Sri Lankan national cricket team later that year.

Words fall short when it comes to describe Sangakkara s illustrious international career. He represented his country with pride for 15 long years and created numerous records en route his journey. He also had the privilege of leading his nation.

Sangakkara finished as Sri Lanka s highest run-getter in Tests as well as ODIs and boasts of majestic career average of 57.40, which puts him 10th on the list of players with highest career averages. He is also the fastest batsman to reach 8,000, 9,000, 11,000 and 12,000 runs in Test cricket and joint fastest to 10,000 runs. He is second on the list of players who have most scores in excess of 200 in Test cricket. Don Bradman has done it 12 times, Sangakkara has done the same on 11 occasions.

In the year 2011, Sangakkara became the youngest person and the first active international player to deliver that prestigious MCC Spirit of Cricket Cowdrey Lecture at Lord s. His speech was widely praised by the cricketing community and has been described as “one of the most important speeches in cricket history.”

9. Best mate, on and off the field

His contemporary and another batting great from the island nation Mahela Jayawardene has been his close aide for last 20 years. Both have played together and against since their school days and the partnership hasn t lasted yet even after their retirements. Both have been involved in the most famous partnership in the history of the game their 624-run stand against South Africa in 2006 which remains the highest-ever partnership for any wicket in First-Class cricket. Post-retirement, both have started a couple of business ventures together.

10. Invitation to the WCC

At a young age of 34, Sangakkara was invited to join the MCC World Cricket Committee (WCC). He is presently its youngest member and the second Sri Lankan to be invited to the WCC after Michael Tissera.

He has also won the LG People’s Choice Award twice in 2011 and 2012 and has been named the Leading Cricketer in the World in 2011 and 2015 edition of Wisden. In 2011, Sri Lanka s prestigious and pioneering LMD magazine nominated him as their Sri Lankan Of The Year (SLOTY). He also won the award for Outstanding Contribution to Sport at the 5th Asian Awards, which were held in London on 17 April 2015.

A great human being, Sangakkara has been involved in a number of charitable initiatives. He is an active member of the Think Wise Initiative, launched by the ICC. He also lends his time and services to Joint United Nations Programme on HIV/AIDS and UNICEF, which is aimed at raising awareness of HIV prevention and eliminating discrimination against people living with HIV and AIDS. He is also a partner and Trustee of the Foundation of Goodness, a charity foundation headed by Kushil Gunasekara and Muttiah Muralitharan.

The organisation has been one of the most effective charity organisations in Sri Lanka. Currently, it maintains well in excess of 50,000 people annually all over Sri Lanka and offers free psychosocial support, pharmacy, dentistry, indoor and outdoor facilities for sports, vocational training, English language training and basically life skills to bridge the gap between the urban and the rural communities. One of organisation s most special finds has been Sri Lankan off-spinner Tharindu Kaushal, who has been identified, groomed and nurtured by Sangakkara and Muralitharan. Another orphan from their academy, Pulina Tharanga, has also opened the batting for Sri Lanka in the Under-19 World Cup.

Earlier this year, just after the end of Sri Lankan Parliamentary elections of 2015, President Maithripala Sirisena appointed Sangakkara as the Ambassador Of Anti-narcotics program In Sri Lanka in a ceremony at President s official residence. The President also offered the post of Sri Lankan High Commissioner to the United Kingdom immediately after his retirement.

Sangakkara has been an inspiration to the Sri Lankan youth. With his exceptional achievements on the field of cricket and in academics, he is playing a role-model to the country which needs leaders like him.

The evergreen Sri Lankan made it to the record books. His appetite to score runs did not stop. On May 27, Sangakkara rewrote the record book. In the recently concluded County Championship, Sangakkara scored five successive centuries for Surrey. Being his final First-Class season, Sangakkara became only the eighth player to register five consecutive First-Class centuries. Sangakkara ended the County season to tally of 769 runs at an average of 128.16, and became the first man since Parthiv Patel to manage a streak of five hundreds in consecutive innings, who achieved the feat in 2007. 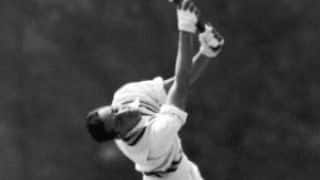