Sri Lanka can take a leaf out of Ranatunga’s book by relying on traditional strength of batting.

Batting has been Sri Lanka’s strength and world cricket has truly been privileged to witness a huge influx of unorthodox, classy, belligerent, and stroke-making mavericks. At the same time, they can be old-school technicians who accumulate runs with copybook technique and a straight bat.

Kumar Sangakkara and Mahela Jayawardene are two such batsmen belonging to the last of the aforementioned category. The two have manned, nurtured and propelled Sri Lanka through their batting and captaincy, which both batsmen led their countries with the highest distinction before relinquishing their duties. Now, they have taken on the mantle of mentors and leading by example behind the scenes for the next great batch of batsmen to come through and take off from the foundation built by the two stalwarts.

‘Building from the bat’ is an ethos that was set much before two greats entered the scene. It was in fact former Sri Lankan captain Arjuna Ranatunga, who shuffled the batting order after taking over captaincy duties to allot designated roles for each of the batsman during their memorable rise to the pinnacle of the world in 1996.

After the powers of the trusted veterans soon started to wane, Sri Lanka unearthed a Jayawardene in 1997 and in 2000, found Sangakkara, solving the puzzle of wicketkeeper and the heirs to the thrones of Aravinda de Silva and Ranatunga. The two men have together and separately led to glory anew, innumerable partnerships, centuries, the monumental 374 by Jayawardene in their record-shattering 624 run-stand against South Africa and now Sangakkara’s magnificent 319 against a hapless Bangladesh attack.

The veteran duo is cut from the same silky cloth and has made batting a delight to watch with their nimble footwork and their clinical leg-side play. Well-educated and natural leaders have learnt the trade through their illustrious seniors and have inspired a generation of kids who have grown up watching these greats.

Not so long ago, with Lasith Malinga prematurely retiring from Test cricket and the spinning legend Muttaiah Muralitharan pulling down the curtains after scalping the most Test wickets, Sri Lanka were left bereft of match winners with the ball and had to rely on Jayawardene, Sangakkara and Tillakaratne Dilshan to produce the goods to win games.

It was a transitional phase and the Sri Lankans saw through it with the resilience that the people of the country have been fed with from a young age. They are after all people who braved a civil war in the country for 26-long years and survived a bomb attack in 2009 on their team bus — an incident in which the players and team management saw death staring in front of their eyes.

Dinesh Chandimal and Lahiru Thirimanne revived the hopes of the middle-order in the war-torn country and looked able successors to the two giants of Sri Lankan cricket. Since the turn of 2013, Sri Lanka has seen a huge influx of batsmen ready to take their place and if recent performances are anything to go by, have all the right aptitude for Test cricket.

Meanwhile, Angelo Mathews has been elevated to captaincy, a role that he was groomed for since his teens and the other Jayawardene; Prasanna has taken the role of a keeper after waiting in the wings for a very long time.

Starting out as a classic all-rounder Mathews has gone from strength-to-strength as a batsman, as witnessed recently against Pakistan in the United Arab Emirates (UAE) with his bowling duties taking a minor setback.

At the top of the order, Sri Lanka might have unearthed their successor to the matara maurader, Sanath Jayasuriya in Kusal Perera and with Kaushal Silva and Dimuth Karunaratne, they have two young reliable openers who have both shown potential at the highest level.

With Thirimanne out of the picture, 22-year old Kithuruwan Vithanage has displayed immense talent coming down the order if his domestic cricket report is anything to go by; the young man is tipped for great things.

What’s more, there is 23-year old Angelo Perera waiting in the wings and has been in phenomenal domestic form, recently hitting a 244 of 204 balls for his side Nondescripts Cricket Club and earned a call-up to the Sri Lankan Twenty20 International (T20I) side to play in Bangladesh. The batting depth of the country has run so deep that Denesh Chandimal’s place in the team is questioned by some quarters.

Ashan Priyanjan has also acquitted well in International cricket but the strength in depth of the current line-up means he will have to wait longer to get an opportunity to cement his place.

The need of the hour to make their next big leap is to compete and win in alien conditions, which has continued to been a nightmare ever since Sri Lanka’s elevation to Test cricket.

The seeds sown by Sangakkara and Mahela Jayawardene have reaped rich dividends, impressing aspiring batsmen across the country along and with the heroes of 1996.

Their bowling attack continues to be a work-in-progress but Sri Lanka can take a leaf out of Ranatunga’s book by relying on their traditional strength of batting to cover up their deficiencies. 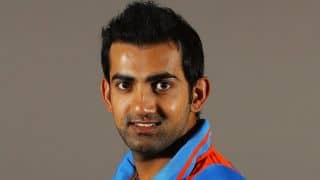