In what is an extremely momentous occasion for the Indian Premier League (IPL), "Dil Jumping Jepang" has been chosen as the anthem for the 2014 FIFA World Cup in Brazil. 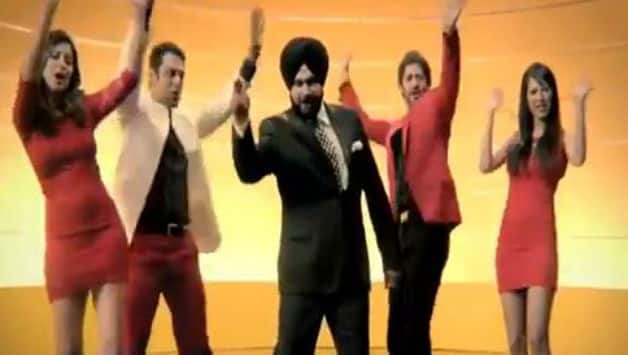 The IPL crew will now ‘regale’ new audience around the world.

In what is an extremely momentous occasion for the Indian Premier League (IPL), “Dil Jumping Jepang” has been chosen as the anthem for the 2014 FIFA World Cup in Brazil.

FIFA had been scouting for new artists to compose the theme song for the World Cup to rival “Wavin Flag” and “Waka Waka” from the 2010 edition. They tried many artistsm including Justin Bieber and Rebecca Black, but it was “Dil jumping jepang” that caught their attention, and the decision was instantaneous and unanimous.

Mr. Zeb Flatter, President of FIFA, described his love for the IPL song as “love at first sight and sound”.

Flatter came up with his flattering reviews of the song: “I was randomly surfing TV channels when I happened to come across this plump lady dressed in black, teaching a young guy of around 25 years a few steps. I turned on the volume, and was treated to an amazing symphony. The song along with the dance has to be the best sporting anthem that I have ever come across.”

The proposal by Mr. Flatter was set into motion among the Board of Members of FIFA and passed unanimously. The IPL committee has also granted the rights for the same.

Rajeev Shukla, the Chairman of the IPL, was a happy man. “We always knew “Dil jumping jepang” had the capability to go global. India is on its course to become a superpower,” exclaimed Mr. Shukla.

Mr. Shukla reportedly asked Shashi Tharoor to tweet the same, but sources tell Faking News that he [Tharoor] is not too comfortable tweeting about IPL.

On being asked for his views, Ravi Shastri said, “This is just what the doctor ordered for the IPL. We flashed and flashed hard, and FIFA accepted it gleefully. It was always on the cards. The news came to us like a tracer bullet and we now have the full monty. But rest assured, it ain’t over before the fat lady sings.”

Brazillian footballer Ronaldinho also seemed quite enthusiastic. “2010 was about Vuvuzelas, 2014 will be about “Dil jumping jepang,” he said excitedly.

Unconfirmed reports suggest that the decision by FIFA and IPL could also affect English Premier League (EPL). There are rumors doing the round that Sir Alex Ferguson could come back from retirement to make sure that Manchester United becomes the best team to dance to the tunes of “Dil jumping jepang”.

Trying to cash on his sister’s recognition, Sajid Khan has now raised a request with FIFA to release Himmatwala in all FIFA registered countries. Mr. Flatter was watching the movie — only the 47th person to do so and the first to brave it alone — when reports last came in.